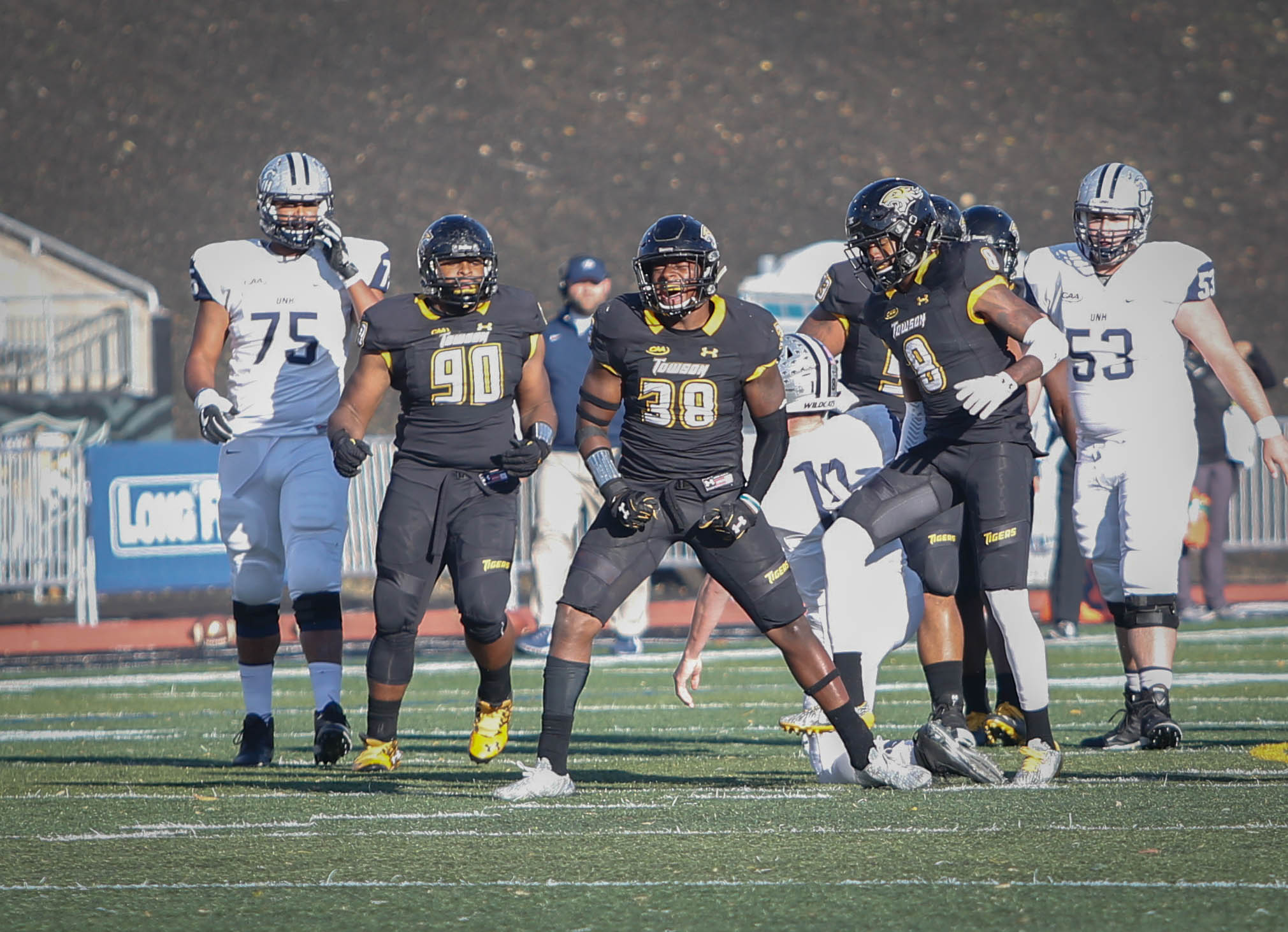 For the second time this season, Towson’s defense surrendered over 500 yards. This week, it resulted in a 40-17 loss for the black and gold to No. 17 New Hampshire on the road.

The Tigers (2-5, 0-4 CAA) struggled to stop the Wildcats (5-2, 3-1 CAA) from moving the ball all day. The home team compiled over 500 yards of total offense, and dominated the time of possession category, holding the ball an average of roughly 15 minutes longer than TU.

Head Coach Rob Ambrose could not be reached for comment.

New Hampshire got on the board first midway through the opening quarter with a 26-yard touchdown run from redshirt freshman running back DeUnte Chatman.

Towson answered back late in the period with a 40-yard field goal by sophomore kicker Aidan O’Neill, and went into the second quarter down by just four points.

The Wildcats exploded on offense in the second quarter by scoring four touchdowns to take a 30-point lead going into the locker room. Junior quarterback Trevor Knight got hot and connected with several receivers in the quarter.

Knight completed a 14-yard touchdown pass to junior wide receiver Kieran Presley to go up 13-3 early in the second.

New Hampshire got the ball back inside Towson territory on the ensuing kickoff thanks to a forced fumble. UNH converted on the turnover as Knight tossed a six-yard touchdown pass to redshirt freshman wide receiver Nick Lorden.

Towson failed to respond on offense on its next drive, but the defense halted another scoring chance from the home team. Redshirt junior defensive back Tyrone McDade intercepted a throw downfield from Knight, but Towson’s offense was forced to punt on its next drive.

Knight was unfazed by the turnover, and marched the Wildcats downfield for another score. This time, Knight capped off the drive with a five-yard touchdown strike to junior wide receiver Neil O’Connor.

Later in the half, Knight connected with Lorden again for his final touchdown throw of the day. The pass as gave New Hampshire a 33-3 lead going into the break.

Early in the third quarter, Chatman scored on a 23-yard touchdown run to give UNH a 40-3 lead. Chatman finished the game with 187 yards and two touchdowns on 22 carries.

Towson got on the board twice in the final stanza thanks to a fumble recovery returned for a TD from redshirt senior defensive lineman Kanyia Anderson, and an 18-yard touchdown pass from redshirt freshman quarterback Ryan Stover to redshirt junior wide receiver Sam Gallahan.

However, time was not on the Tigers side, and they remained winless in conference play after suffering their fourth straight loss.

Towson will look to earn its first victory in conference play this weekend as the team hosts Delaware on homecoming at Johnny Unitas Stadium Saturday. Kickoff is slated for 4 p.m.