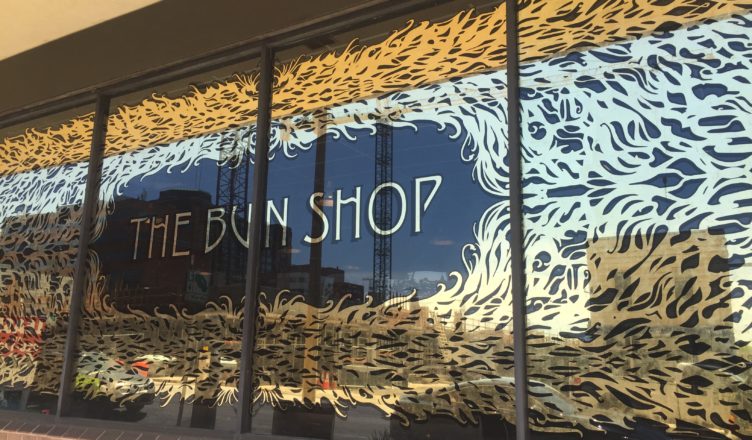 Photo by Amanda Murayama/ The Towerlight

New restaurants have opened this year in Towson, including The Bun Shop, New Generation Hot Pot and Maimura Sushi Noodle and Korean BBQ, bringing new cuisine to the area for local residents.

The Bun Shop opened its doors on 40 W. Chesapeake Ave. late last month. The Bun Shop has another location in Mount Vernon Baltimore that opened six years ago and the shop was looking to expand. Both shops are co-owned by brothers Lam and Andrew Bui and their cousin Mink Vo.

“We were looking to expand but we didn’t want to be too close to our other shop,” Lam Bui said. “And since we’re pretty geared towards college students, because we’ve got the long tables, places for them to hang out, the late hours, coffee for the late hours, so I think Towson was like the next place to go because it’s right there and we’ve got Goucher not too far.”

The coffee shop’s menu features a variety of buns inspired by different cultures from around the world. The shop’s specialty is their Rotiboy, which is a Malaysian sweet roll with salted butter on the inside and an espresso topping. The shop uses the word “bun” loosely.

“I guess the Rotiboy is probably the most bun of the buns so it’s like a roll, salted butter on the inside,” Lam Bui said. “Everything else we kinda will say it’s a bun cause we wrap it some sort of carb.”

Lam Bui makes all the food and uses inspiration from around the world to come up with new bun recipes. Besides their Rotiboy, their menu is always changing depending on new items Lam Bui creates.

“It’s more like if I see something I wonder if I could make a bun out of that and/or if someone already makes a bun, like if any country makes a bun or anything wrapped up in a pastry,” Lam Bui said. “And I’ll just try a small batch and then see if it appeals.”

Lam Bui plans to create some new recipes as soon as he has some spare time on his hands.

“I’ve been sticking with a few of our staples that have been good but I’m getting the itch to mix it up,” Lam Bui said.

The shops have long tables and couches, catered towards an environment for work, studying, and meeting with people. The shop hopes to have open mic nights and live music in the future, according to Lam Bui.

Hot pot is a Chinese cooking method where foods like meat, noodles, seafood and more are cooked at the table in simmering soup stock. At New Generation Hot Pot, ingredients circle the tables on a conveyor belt where customers can pick up what they want to cook.

“Hot pot originated from Mongolia and it was brought to China like so many years ago and then it was almost like a tradition in China,” said Ming Zhang, the owner and manager. “It’s something like burgers in the United States, and hot pot is like that in China.”

New Generation Hot Pot chose Towson for their location because of the proximity of Towson University.

Zhang added that the restaurant holds potential for the area.

“So I think mainly is more like Hot Pot is more like a new thing coming up and I believe a lot of students are going to love it,” Zhang said.

Sophomore Alyson Hatfield is excited about the expanding palette of Uptown Towson.

“I’m actually very excited that these three new places have opened and it shows the diverse, new cuisines,” Hatfield said. “We have pizza and stuff like that here, but for me, I love trying new foods.”

New Generation Hot Pot hopes to create an atmosphere where families and friends can enjoy themselves.

Maimura Sushi Noodle and Korean BBQ opened its doors on 105 E. Joppa Rd. to the public three months ago. Towson is their only location and they chose the area because of its appeal.

Korean BBQ is a cooking method where meat like beef, pork or chicken is cooked on grills that are built into the table. The restaurant has been busy since their grand opening and wants to share Korean BBQ with Towson, according to Han..

Their goal is to provide the best food and service to their customers.

“We want to be the best restaurant in Towson,” Han said.

Hatfield has tried Maimura and was pleased with the experience.

“I’ve tried the sushi noodle and Korean BBQ, Maimura, it was very good and I really enjoyed it,” Hatfield said. “I also went at like 4 p.m. on a Thursday, so it was not busy at all, which made the experience way better because the server was really attentive and she was very fun and teaching us about her food and her culture. It was very nice to eat the food with somebody that made the food and knows the food.”