Photo by Stephanie Ranque/ The Towerlight

Things can happen quickly out on the playing field, but sometimes things have a game-changing impact.

It took just seven minutes, but Colonial Athletic Association (CAA) foe William & Mary notched the first and the only goal of the game to defeat the Tigers 1-0 on Sunday afternoon at Tiger Soccer Complex.

However, the constant offensive pressure led to redshirt junior forward Sarah Segan finding the back of the net for William & Mary.

The Tigers responded by pushing the pace, resulting in a few first half scoring opportunities. In the 16th minute, junior midfielder Nikki Logan took a shot that was headed towards frame, but it was blocked at the last second. Then, less than 30 seconds later, freshman midfielder Camryn Anderson ripped a shot that flew wide of the net.

The second half seemed to take over a completely different tone as the Tigers pushed a much more aggressive tone, posting 12 shots, five of which were on frame. Despite their best efforts however, the Tribe continuously frustrated the Tigers with last stitch defensive stands in the final third of play.

Despite the loss, however, there were a few bright spots for Towson.

Senior goalkeeper Megan Collins continued her solid season, stopping five of six Tribe shots and making two key saves in the 58th minute to keep her team in the game. Additionally, the Tiger defense held the Tribe to just one goal despite allowing 15 shots.

The Tigers look to rebound in their next match against Northeastern on Thursday at the Tiger Soccer Complex.. Game time is slated for 3 p.m. 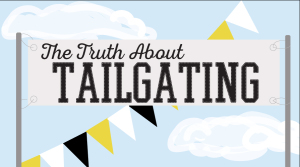