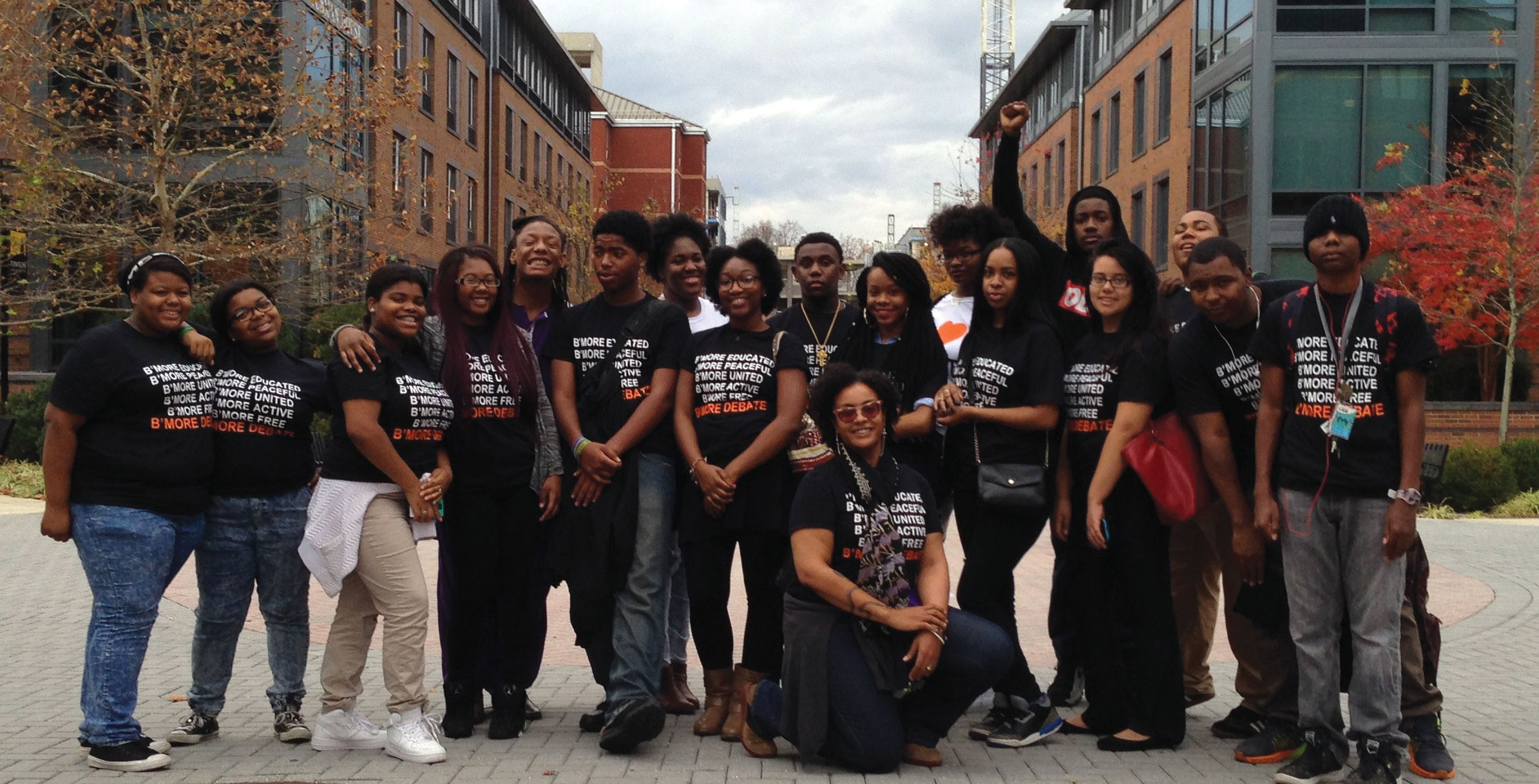 After the debate was done, audience members filled out a secret ballot, indicating their stance on the subject to decide the winner. The audience voted in favor of the TU team’s stance.

The iDebate Rwanda team argued for the affirmative, saying that officers should wear body cameras. TU argued against the idea.

iDebate Rwanda co-founder Jean Michel Habineza is a 2012 Towson University alum. During his time here, he was also a member of the debate team under the mentorship of Director of Debate Beth Skinner and coach Chris Baron.

Habineza used the skills he learned at Towson to create a debate program.

Now in its third year, iDebate Rwanda works with over 600 students in Rwanda.

TU is the last stop on the team’s eight-week US tour that consists of 17 universities in 15 states. While on Towson’s campus, the students received a historical tour from TU Assistant Debate Coach Ignacio Evans prior to the event.

With the emergence of the Black Lives Matter campaign, the uprising in Baltimore and minority deaths by some police, the debate team wanted to host an open debate to possibly come up with solutions.

Each side had two speakers argue their points for six minutes each, and then the other team had three minutes to counter. Following this, the audience had 15 minutes to ask relevant questions to either team. Then both teams were given a short amount of time for rebuttal.

Members of the Baltimore Urban Debate League participated during the open discussion section of the debate and asked critical questions to both teams.

“The Urban Debate League goes into local high schools in Baltimore and uses debate as a tool to facilitate the growth of young minds,” BUDL representative Ryan Bowens said.

TU Assistant Director of Debate Amber Kelsie said that she was excited to have the BUDL present at the debate.

“They asked questions that were important,” she said.

Rwandan teammate Musenga began the discussion by listing some causes for why police may perform acts of brutality: a feeling of power, power-trips, and other reasons. Being on the affirmative team, Musenga pointed out that body cameras could give more conscious to an officer’s actions before acting on them. She also said that police get attacked as well, and these could prove whether self-defense was needed.

The cameras would show what an officer has to go through on a daily basis, she added.

Musenga’s peer, Mbabazi also pointed out that cameras could change the relationship between the public and the police by creating empathy.

Goodman and his teammates said that if the software were implemented, there could be even more profiling of suspects and thousands of people would be scanned regularly.

Goodman also said that when people see these forms of violence on video, they can become desensitized and the videos themselves can become sensationalized. He brought up a Washington Post article arguing that justice doesn’t always get served even with body cameras, or even when there is full video leading up to escalation.

Johnson began her debate by quoting musician Lauryn Hill’s “Mystery of Iniquity,” which concerns police brutality and claims that the police force is systematically militarized and racist. Johnson spoke of how violence doesn’t exist in a vacuum and how weapons were supposed to be used as a last resort.

“We don’t need police surveillance to see what happened to these people,” she said.

During the closing statements, Towson’s Underdue claimed that cameras do not make accountability. Rwandan teammate Monique said that it is not only about killings, but police brutality goes further than this and that body cameras are just one step in the solution.

*Sierra Underdue is a contributing writer for The Towerlight.