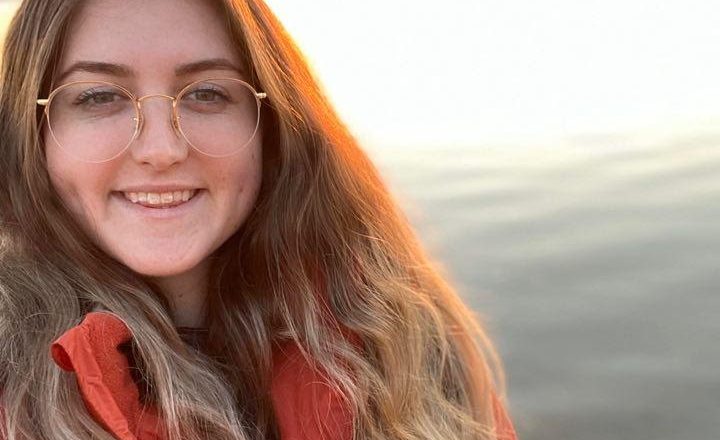 The spread of COVID-19 has led to the closure of schools and businesses worldwide. Towson University suspended its study abroad programs to Italy and Japan on Feb. 26 . On March 10, TU made the decision to cancel all classes for the remainder of the week. On March 11, it was announced that TU would transition to remote learning for two weeks. Upon an increasing spread of the virus, those two-weeks then became the remainder of the spring semester.

In wake of the pandemic, as classes transitioned online, international exchange students were beginning to be recalled by their home universities. The remaining weeks of March left some international students rushed to pack up, book their flight tickets home, and say their abrupt goodbyes.

Jasmine Jary, an international exchange student from Curtin University, Australia, was one of those students. Jary was interviewed to share her study abroad experience.

What made you want to study at Towson?

With my major being teaching, I really wanted to be able to study abroad at a university that would allow me to develop my own skills of teaching and understanding a whole diversity of people. I did have a few options to pick from, but ended up going with Towson [University] after researching the history of how it originated and found that Towson [used to be a teacher’s college,] so I knew they would have a lot of experience to share with me. On some more leisure sides of things, Towson is in a great location to be able to explore neighbouring cities like New York, Philadelphia and Washington D.C. As someone that has never been to the U.S. before, I saw it as a great opportunity to travel around without getting too much in the way of my study.

When did you arrive in the U.S.?

I arrived in Baltimore on [Jan. 16,] giving me a few days to explore the city and try to get my sleeping schedule sorted, as I was now in a completely different time zone. It was great to be able to explore [Baltimore] City a bit on my own, but I was definitely excited to get to Towson and meet everyone at the University. As exchange students we were [asked] to arrive at the Residence Tower a week earlier than U.S. residents so we could have our own orientation week and get settled in. I was lucky enough to have another exchange student who was from Japan as my roommate, so we spent the whole week getting to know each other and becoming really good friends. Turns out Towson can be extremely good at pairing up people as we weirdly had a lot in common, even though we were from completely different parts of the world.

What were your likes and/or dislikes about this semester?

My whole semester was incredible, and I don’t believe I could fault anything, other than being forced to head back home due to the coronavirus. I made some lifelong friends, had experiences I will never forget and enjoyed every moment in the US. Every person I met was so extremely friendly, especially all the people at Towson. Staff would help me as much as they could if I ever came to them with some problems, and even if they couldn’t, they would do their best to find someone that could help me out. My RA on my floor did so many activities and included me and other new students in as much as he could, it was just a great way to be able to make my friendships.

What made you go back home?

Unfortunately, it was a requirement from not only my university but also my government to head back to Australia, and more specifically my state, Western Australia. Each day that went by, things became more and more serious, and the threat of closing Australian borders was lingering. If Australia was to close their borders, I wouldn’t have been able to enter back into my home country and would be stuck in America. This doesn’t seem like a big issue; however, I didn’t know anyone here apart from the friends I made within the couple of months I was at Towson, and I also didn’t know how long I would be stuck in America. One thing led to another and it seemed like all things were pointing to me to come home. Classes moved to online, we had to leave Residence Tower, and more than anything, my family was really worried and stressed out about all the cases in the U.S. Lucky I left when I did, as the day after I got home to Australia they closed off all the borders. They were allowing residents to come back in, but there were very few flights available and it would have just made it even more stressful.

It’s very unmotivating to continue classes online as I’m not surrounded by people that are also studying and encouraging me to continue on. Also, because I am 12 hours ahead of Towson, my classes all ended up being at 2am, so I am not able to attend classes live. I have to watch the recorded sessions which can sometimes be a burden, as I don’t get to have my questions answered straight away, and do have to wait a few days for a reply in my emails.

What do you miss about being in Towson?

Towson has an incredible atmosphere that is like no other I have experienced. Everyone is so welcoming and friendly that it makes you feel so loved and like you belong to the community straight away. I miss the most, hanging out in the common room with everyone on my floor of Residence Tower (shout out Floor 5, you guys are amazing) and being social with them all. Our floor especially felt like a giant family and I didn’t get to say goodbye to a lot of them which always makes me really sad, but I’m already planning on coming back to America next year so I’m sure we’ll end up doing a reunion and get to see them all again.