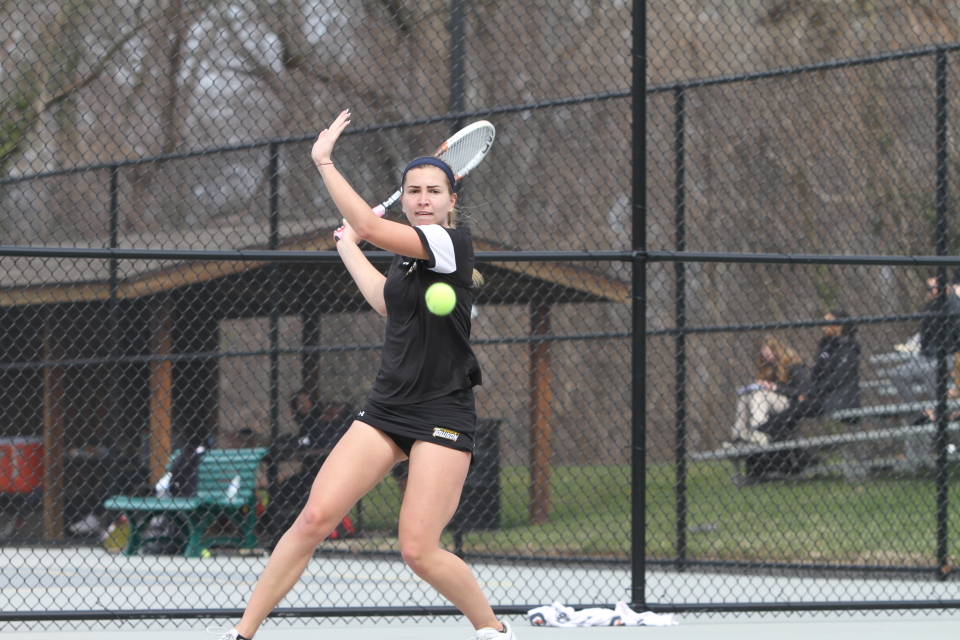 Towson suffered a disappointing 7-0 loss to the Navy Midshipmen at the Brigade Sports Complex in Annapolis, Maryland, Sunday afternoon.

Towson was coming off a dominant 7-0 win at home against Mount St. Mary’s on Jan. 27, as well as a tight 4-3 loss at Penn State the day before to start its spring season.

The Mids gained early momentum in the match by seizing the opening doubles point, as senior captain Amanda Keller and sophomore Kaylah Hodge defeated Towson’s No. 1 team of seniors A.J. Gomer and Renate van Oorschodt 6-0. Senior Claudia Mackenzie and sophomore Emily Louie-Meadors defeated the No. 2 team of seniors Nicole Shakhnazarova and Barbora Vasilkova 6-2. A 6-3 win by the No. 3 team of senior Lucy Williams and junior Yevgeniya Shusterman over junior Catalina Rico and freshman Miranda Deng was not enough to keep Towson in doubles contention.

“In a few matches in the back half of singles, the girls started competing better in the second set,” Peterson said. “Other than that, Navy played well, but we did a lot to help them win that match.”

The Tigers look to bounce back this week with two more road matches, as part of their five-match road trip that began Sunday at Navy.

The team will first head to Northern Virginia for a Tuesday afternoon matchup against Georgetown at the Arlington YMCA in Arlington, Virginia, before heading just outside of Philadelphia for a Saturday evening contest against Saint Joseph’s at the Springton Tennis Club in Media, Pennsylvania.