The Tigers finished in ninth place in the Doc Gimmler Invitational tournament this weekend at the Bethpage State Park in Farmingdale, NY.

Towson sent five players to compete for 54 holes over the two-day competition, playing 36 holes on Saturday and 18 on Sunday. The team finished with a total score of 869 over three rounds, improving on last year’s 13th place finish where they ended with a score of 881.

Wind and rain along with slightly cooler temperatures played a factor throughout the weekend. The course was soft which made for slower play, but two players stood out for Towson.

Senior William Bachelor and Sophomore Kobdech Rodrat, who were two of the three top scorers from last year, tied for 25th place individually in the event.

“They picked up where they left off last year,” Head Coach Mike Larkin said. “They paced us for the event.”

After starting slow and both finishing their first rounds with a score of 75, Bachelor and Rodrat were able to improve their game and finish their third round with scores of 68 and 69, respectively.

“Rodrat made a commitment today to make some different decisions and play a little more conservative when he got into trouble,” Larkin said. “And I think that paid off score wise.”

For Bachelor, Larkin said that if he can take what he did in his final round this weekend into the rest of the season, he can lower his numbers and get to where he wants to be.

Senior Doug Grem finished 36th individually shooting a 70 in his first round and a 74 in rounds two and three.

The team will travel next week to the Hartford Hawk Invitational which will take place on Monday, Sept. 17 and Tuesday, Sept. 18 at Bull’s Ridge Golf Club in South Kent, CT. Last year the Tigers finished sixth place overall and Bachelor shot a hole-in-one. 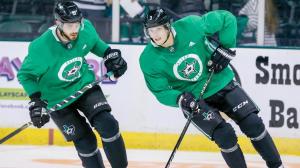 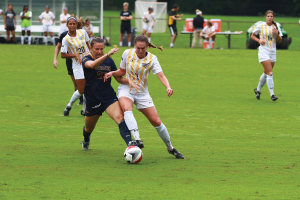