The Greene Turtle of Towson has created a way for performers of any kind to stand in the spotlight. On Wednesday nights starting at 6 p.m., The Greene Turtle Bar and Restaurant features an open mic night where local performers can display their talents to an audience.

“Open mic night started once we started booking live entertainment every Friday, Saturday and Sunday last spring. We had such an outreach from so many local musicians in the area and entertainers who wanted to perform but had never played a paid performance before. We realized the need in our community, especially through working with fundraisers for high schools in the area,” coordinator Erika Brown said.

The Greene Turtle has everything an artist could need to perform, from the speakers to a public address system, so those new to performing are welcome.

“Performers do not need to bring anything except for their instruments. The event is open to spoken poetry, comedy, musicians and all genres of artists. You can just show up every Wednesday,” Brown said.

The Greene Turtle also compensates performers during their time in the restaurant.

“It is completely free and we actually pay the performers $5 Turtle Bucks each so that they can get a drink or an appetizer during happy hour if they would like,” Brown said.

Audience members can also enjoy deals while watching the performances.

“We start it during happy hour at 6 p.m. and we have a power hour that starts at 5 p.m. where all drinks are buy one get one until 6 p.m. Happy hour goes until 7 p.m.,” Brown said.

Senior and electronic media and film major Zaynab Jennai works at the Turtle and said that he enjoys the relaxed environment of this event.

“It is really cool, we have had four-piece bands come from D.C., and we have had heavy metal groups that surprise the audience. People actually laughed because it was way too loud, but that’s the thing with ours; it is more laid back, it is not like we micromanage the open mic night,” Jennai said.

This event offers an inclusive vibe for performers of any genre to entertain.

“I would love people to know that it is not just for an individual acoustic gig, we have had three person spoken word and rap groups. It is not just for someone up there playing their guitar; people can come and do comedy, rap, poetry or anything. People should come out and make this event grow,” Jennai said.

Junior psychology and film major Victoria Markham said that she feels this event is a positive addition to the Towson community and hopes to see more open mic nights for Towson students in the future.

“I have always really appreciated the platform open mic nights provide for individuals. It is this temporary space that comes together and encourages self-expression and creativity that may not have had an outlet otherwise,” Markham said. “I have performed at a few and attended countless and at the end of the night, I always seem to walk away feeling like I have a better understanding for what the audience is feeling.” 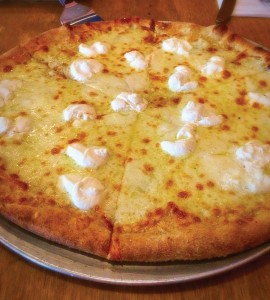