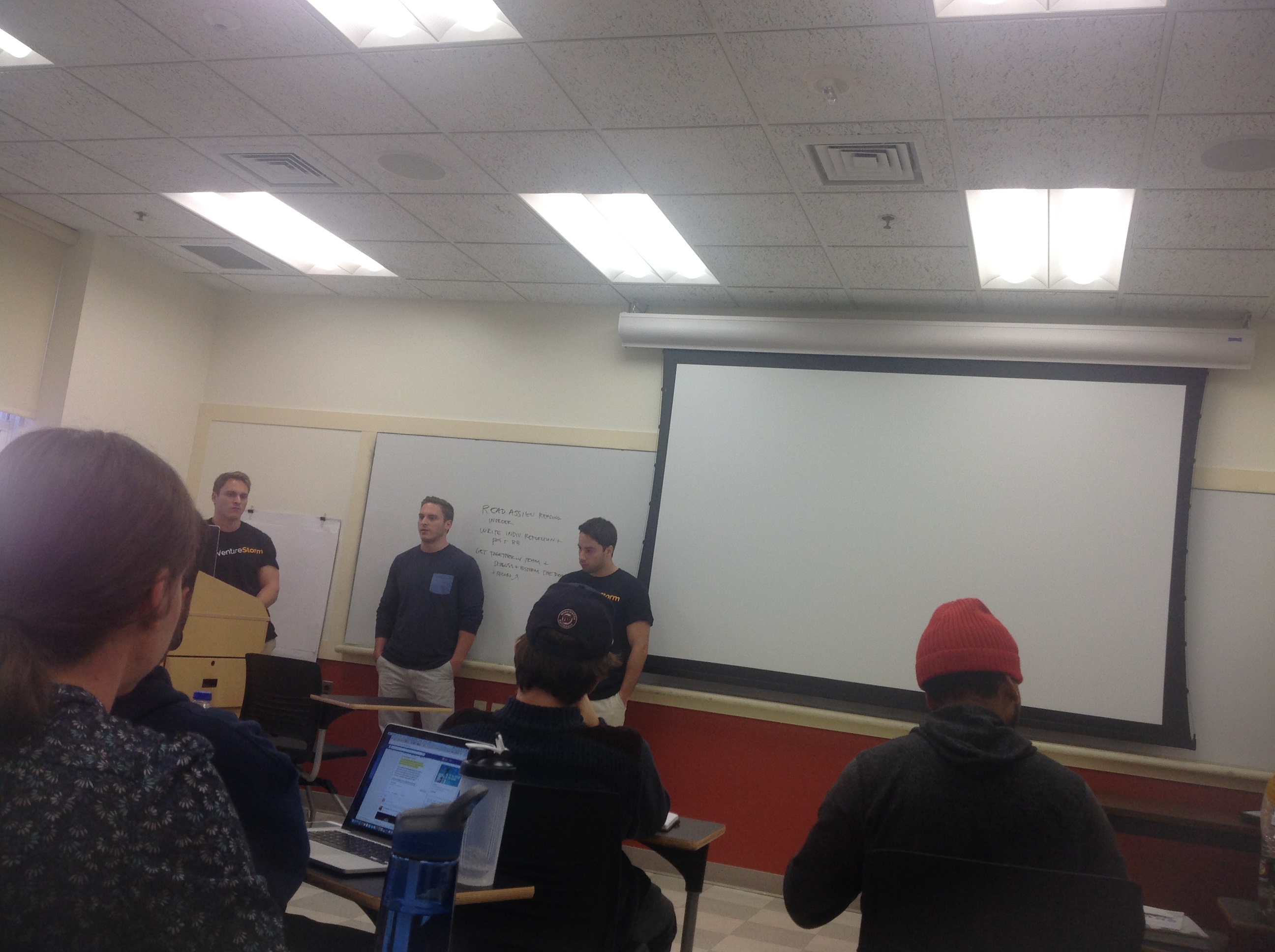 Founders of a website aimed at connecting entrepreneurs with web developers shared their company’s origin story during the College of Business and Economics’ final “Fireside Chat” Nov. 4.

VentureStorm founders Tyler Denk and Taylor Johnson spoke on the company’s founding and its progress since its early days. The concept for the company came from when Denk and Johnson met in class at the University of Maryland, College Park. They came up with the idea of a music-sharing app, but had a hard time finding developers to work on it. By using Google Docs, they were able to get 30 developers to sign up to work with them. Soon, they developed a basic website for the company.

On the site, they added the ability to upload and download Google Docs, along with other collaboration options.

These collaborative features were added because they thought they would be good for users to keep in contact with people who they had worked with on projects. However, they found that their users were not taking advantage of the feature, so they decided to scrap it.

According to Denk and Johnson, their mistake was that they tried to be a “one stop shop” for everything and didn’t ask customers for their input first.

They used a company named Javazone as an example to show the benefits of customer input and feedback. The company started out by selling one type of coffee, but after hearing feedback from customers, they expanded to serving several types.

This was the last Fireside Chat of the semester. The series was sponsored by the Student Launch Pad and the entrepreneurship minor and ran from Sept. 2 to Nov. 4.