After a hard fought battle between guard Jimmy Butler and the Minnesota Timberwolves’ organization, everything came to a drastic halt this past Saturday. With news of Butler being traded to the Philadelphia 76ers, both the Timberwolves and 76ers are faced with new agendas as this blockbuster trade provides new life for both teams.

For those unaware of the teams of the trade, Minnesota traded Butler and Justin Patton to Philadelphia in exchange for Robert Covington, Dario Saric, Jerryd Bayless and a 2022 second-round pick. With so many starters included in such an exchange, expect both teams to have new look lineups to go with the newly unveiled team jerseys.

For the Sixers, this seems to be just what the doctor ordered. With former 1st overall pick, Markelle Fultz, underachieving in year two with an average of less than 10 points per game, 3.9 rebounds and 3.4 assists, they lacked a third star in the midst of “The Process.” Through acquiring Butler, the Sixers gain a third all star caliber player to go alongside their young stars Ben Simmons and Joel Embiid. Rather than waiting until 2019 free agency, they took a plea similar to when the Oklahoma City Thunder traded for Paul George in 2017. With this being his contract year, the hope must be that Butler will resign long term as George did this past season.

But despite gaining such high level talent, the Sixers lose significant three point shooting with the departure of Covington and Saric. With Embiid shooting only 27 percent from beyond the arc, Butler shooting under 40 percent and Simmons still not even attempting a three pointer this season, the team will have a starting lineup that will be slower paced and isolation based with three high volume scorers leading the charge. This will be a drastic change from their style that brought them lots of success last season as they relied on dynamic plays from Simmons and Embiid combined with a barrage of threes from their role players, but may allow them to become a more mature and clutch team with the addition of a veteran star capable of closing games.

It appears that Fultz’s days in Philadelphia are numbered as the 8-6 76ers look to use this trade as a way of asserting themselves in the Eastern Conference as they currently sit in fifth place.

For the 4-9 Timberwolves, this gives the team a chance to hit the reset button. With weeks of locker room turmoil and the only glimpse of hope coming from the slow resurgence of Derrick Rose, the team has been unable to ride the young talent of Karl Anthony Towns and Andrew Wiggins to victory. With the acquisitions from Philadelphia, the Timberwolves add three point shooting and strong big man play from Saric to pair with Towns. With the added court spacing and team depth, this move may have been Head Coach Tom Thibodeau’s only hope of making it through this season. This move won’t propel them to title contention, but similar to the Los Angeles Clippers, they will be another deep Western Conference team to give those at the top a run for their money.

With Butler’s return to the Eastern Conference, the Raptors, Bucks, Celtics and Pacers all should be on notice as the Sixers have made a significant push to win now rather than continuing to acquire young talent. Things just got even more interesting and we’re not even 20 games into the season. 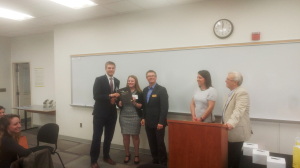 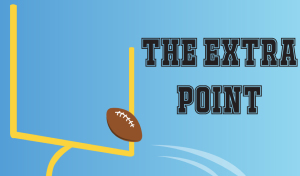