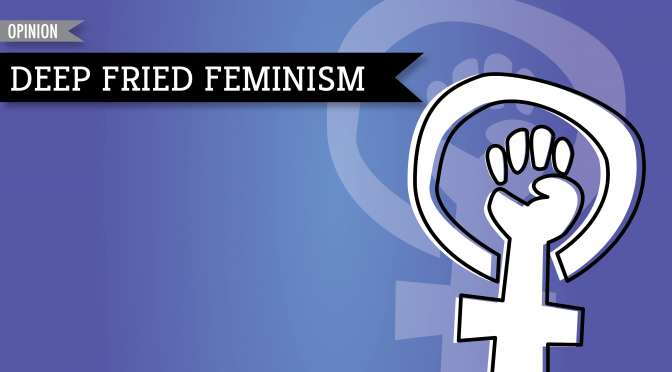 From the serious presidential consideration of a man who once hosted a reality TV show to social issues brought to light with genuine concern, this election has certainly been one to remember.

This year, in 2016, we have a real chance to elect the first woman president of the United States. And like many social warriors of my generation, I’m hoping the old, white man wins.

That’s right, I am absolutely feeling the Bern, and you should be, too.

If you go to Bernie’s campaign website, under “Issues,” there’s a section titled “Fighting for Women’s Rights.” In the second paragraph of this section, you will find this quote:

“We are not going back to the days when women had to risk their lives to end an unwanted pregnancy. The decision about abortion must remain a decision for the woman and her doctor to make, not the government.”

Any feminist will tell you that in regard to this issue, it is always her body, her choice. My body, my choice. Bernie Sanders couldn’t agree more. In fact, Sanders claims that he will not nominate any Supreme Court justice who does not support Roe V. Wade.

In addition to this, Bernie sees the immense value in Planned Parenthood. He sees that it offers healthcare to millions of women who often cannot afford it otherwise. Bernie understands how vital Planned Parenthood is to the health and lives of women. That’s why he wants to expand it.

And what does he think about those who want to defund it? Well, “the current attempt to malign Planned Parenthood is a part of a long-term smear campaign by people who want to deny women in this country the right to control their own bodies.”

Hey, he said it, not me. I just happen to whole-heartedly agree.

In addition to these fabulous views on women’s health care, Bernie Sanders acknowledges and abhors the gender wage gap in the country, and he’s well aware that the discrepancy only increases as we break it down by race as well.

If you’d like to see more of his views on Women’s Rights, or his views on Civil Rights, LGBT Rights, Working-Class Rights, etc., I highly recommend checking out his website, berniesanders.com. Once you’re there, go to “Issues” and you can see everything for yourself.