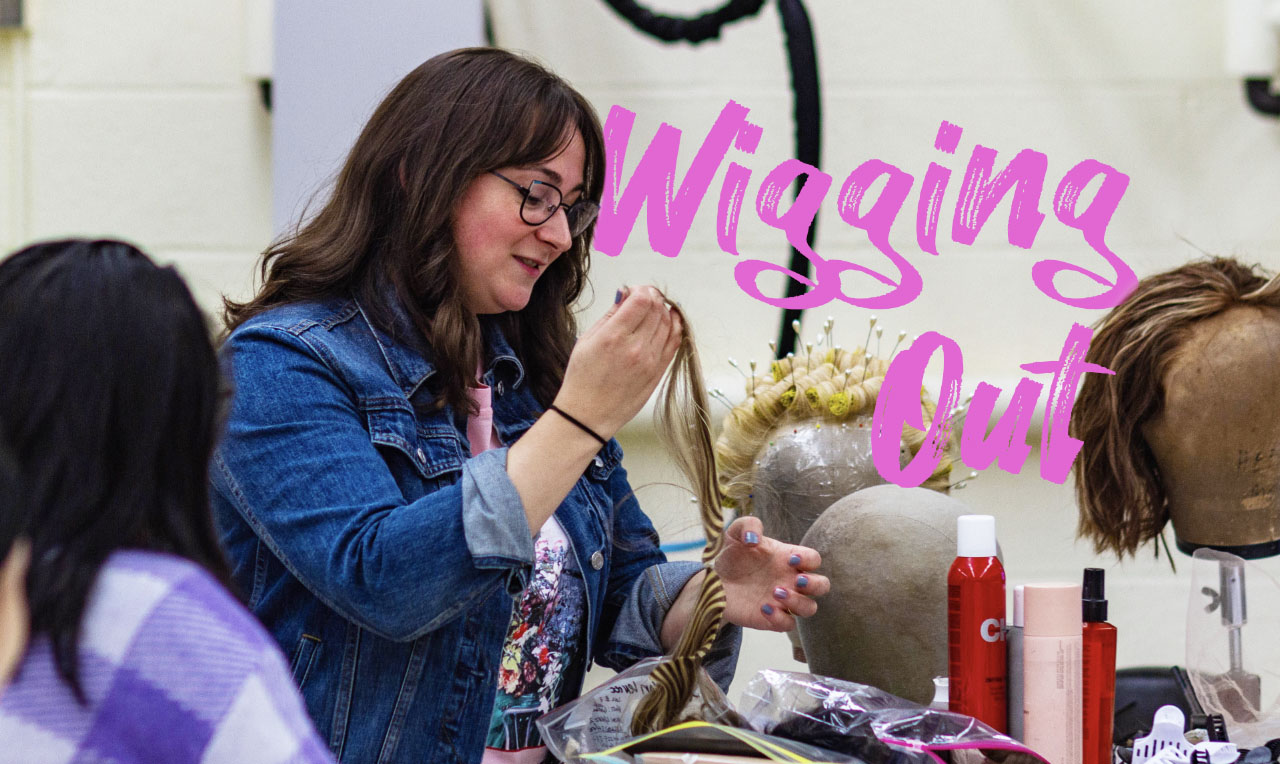 You may have heard of NBC’s popular late night sketch-comedy show “Saturday Night Live” (SNL). Maybe even Showtime’s Emmy and Golden Globe-winning TV series “Billions.” What do these two shows have in common? Katie Beatty.

Beatty, a 2006 Towson University alum, who earned her BFA as a double major in acting and costume design, works full time on the show “Billions” as their key hair stylist and hair department head. Additionally, she works part time as a hairstylist, and as a hair and wig specialist for the host, at SNL.

“The wig becomes a part of the identity of the character,” Beatty said.

While at Towson, Beatty directed for the University, and completed a wardrobe internship for Baltimore Center Stage.

She also got into summer stock theatre during her time at school. These theatres are popular among college students, as productions occur opposite to school semesters.

Beatty said this is where she found out about wig designing and was able to meet several wig designers.

“Every summer, I would go do some summer theater in a different part of the country and learn, you know, meet new people, learn new things about doing wigs,” said Beatty. “I just eventually met a lot of people and got to Tom Watson.”

Tom Watson is an accomplished hair and wig designer, largely for Broadway in New York City. He’s worked on a variety of shows, such as “Falsettos” and “Annie,” and is currently working on the productions, “The Rose Tattoo” and “The Great Society.”

“He asked me to come to New York and work for him,” said Beatty.

Beatty moved to New York, and quickly found herself following a similar path to Watson. She worked alongside him in the Hair and Wig department of the 2009 Broadway production, “Impressionism.” They also worked together for the 2010 production of “A View From the Bridge.”

On Broadway, Beatty often worked with only 2 other people to put wigs on a whole cast for a production. The short staff often meant that she and her other co-workers would put wigs on all the females, while most of the men did their own hair styles for the show.

On Tuesday, Beatty returned to TU to host a wig design workshop, as well as a lecture on working in the theatre and film industry.

Beatty’s workshops, titled “Wigging Out,” were held in dressing room one within the Center for the Arts. During the workshop, she showed participants videos of hair stylists working at SNL, including one preparing famous actor and SNL Donald Trump impersonator Alec Baldwin.

Beatty also gave participants a view into the hectic job stylists have, running on stage, and changing the wigs on actors in between skits.

By the end of the workshop, she showed off some wigs that she brought from SNL, including one worn by Amy Poehler.

She has been living and working in New York City for over a decade now. She’s supervised 14 Broadway shows, worked for the Tony’s six times, and has worked for the Macy’s Thanksgiving Day Parade five times. With the 45th season of SNL recently airing, Beatty is also officially on her fourth season with the show.

Beatty considers herself to have a “zen” personality, a very necessary trait to have when you’re in the wig-making business. According to Beatty, making one single wig can take her up to three days, or 50 hours of work. Luckily, she gets to reuse wigs on the set of SNL.

“We don’t make that many a week,” said Beatty. “Maybe three to five a week. All we do is recycle wigs. We just re-style.”

Working at SNL, however, is still hectic, according to Beatty.

She revealed that SNL keeps every wig that they’ve ever used, and considering they’ve officially begun their 45th season, that’s a lot of wigs.

Actors and actresses who are part of the regular cast of SNL, like Kate McKinnon and Kenan Thompson, often have multiple wigs that are fit specifically for their head and face. Rather than making new ones for them all the time, they are able to adjust and work with pre-made pieces.

Often times, Beatty is also working on smaller pieces, such as eyebrows or toupees.

“A lot of actors, I put [hair] pieces in, I just want their hair to be fuller,” she said.

Another factor she considers is when filming for TV, how the angles of lighting and the cameras affect how an actor’s hair looks.

“It’s so nice to see that you can go in as one thing and end up doing something completely different,” shared senior acting major, Audrey Brooks. “Your life is not one singular track, it can go in so many different directions.”

“It feels amazing that someone from our university is working on one of the most important TV shows ever made,” shared Yarmis. “I think we all love meeting TU alum that are working in the field that we’re studying.”

Laura Hopkins, a freshman design and production major, was inspired by what Beatty had to share.

“Obviously it’s gonna be hard for me as a set designer to get into the field, so it was nice to see a success story like hers,” said Hopkins. “It was giving me more hope that I can be apart of the industry, because that’s what I want to do.”

Like Hopkins, many other students felt touched seeing Beatty’s success after Towson.

“My favorite part was when she talked about all her experiences at SNL, and I was just like, ‘Oh my gosh, this is actually happening?’” said Claire Wescott, a senior acting major. “I started crying out of pure emotion. It was crazy.”

To Towson University students, Beatty says to “Go do stuff!” 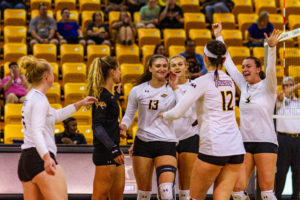