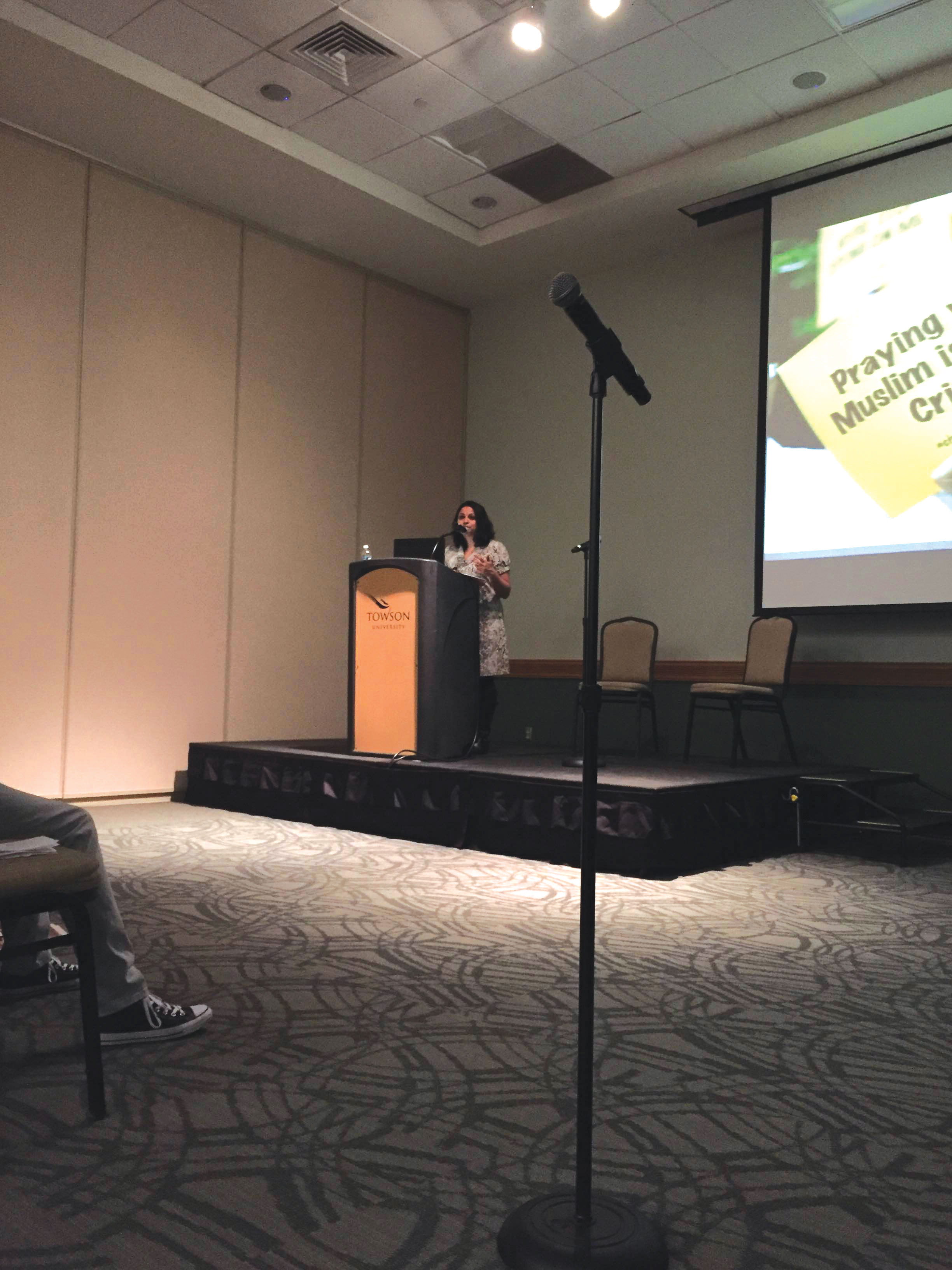 The Towson University Center for Student Diversity welcomed author and nationally-renowned racial justice activist Deepa Iyer to campus Wednesday for a conversation about the changing racial demographics in the United States. These changes are further discussed in her new book, “We Too Sing America: South Asian, Arab, Muslim and Sikh Immigrants Shape Our Multiracial Future.”

“I’m hoping that this book will encourage everyone, regardless of their faith or religious background, to actually engage in more conversations about race in America, especially because the landscape of our country is shifting in terms of the demographics themselves,” Iyer said.

Iyer is an activist, writer and lawyer with a strong commitment to intersectional, community-based racial justice issues within the United States, according to her website. She is the former executive director of South Asian Americans Leading Together (SAALT) and is now the senior fellow at the Center for Social Inclusion based in New York City.

She has authored opinion editorials on issues like the post-9/11 backlash against Muslims, immigration reform and anti-black racism that have been featured in The New York Times, USA Today, The Guardian and Al-Jazeera America.

Iyer began her presentation by discussing post-9/11 America, and how forces of Islamophobia, xenophobia and racial anxiety have created an atmosphere of fear and suspicion within the United States.

She described a process of “double-grieving” for members of South Asian, Arab, Muslim and Sikh communities. In this process, community members not only grieved for the devastation that occurred on 9/11, but also for what their communities have endured as a result of scapegoating during the domestic war on terror.

Iyer continued by discussing the racism, bias and discrimination that come from not only individual members of society, but from corporations and institutions as well.

“It’s structural in nature,” Iyer said. “What this means is that national security has become a blanket justification to target and profile particular communities. We have this combination of hate violence and discrimination, along with state and government policies… to create a situation where many of our community members feel like we are being under target, scrutiny and threat in our own country.”

One example of hate violence and racial discrimination that Iyer cited was the case of Balbir Singh Sodhi. Sodhi, a Sikh, was fatally shot outside of a gas station in Mesa, Arizona just a few days after the attacks on 9/11.

Iyer discussed the February 2015 killings of North Carolina college students Deah Shaddy Barakat, Yusor Abu-Salha and Razan Abu-Salha in Chapel Hill, as well as the story of 14-year-old Ahmed Mohamed, who was arrested in Texas for bringing a clock to school, which authorities said resembled a bomb.
Iyer also read a passage from her book that described the scene and aftermath of the 2012 Oak Creek, Wisconsin, shooting in a Sikh temple through the eyes of the son of one of its six victims.

She ended her presentation by describing the future of America’s racial demographics, and said that by 2043, people of color will comprise the majority population in the United States. She urged people to talk more about race and diversity as intersectional identities.

“Diversity just by itself isn’t going to mean enough if we don’t actually have inclusion and justice as well,” Iyer said.

Banks, an advocate of minority-focused social justice action, entered into social activism as vice president of the Muslim Student Association at UMD, where she opposed a screening of the movie “American Sniper” on campus. The movie has notably led to an increase in sentiments of Islamophobia within the United States.
Gomes, an undocumented immigrant from India, reflected on his experience going through the deportation process. While he was eventually not deported, both of his parents were detained and deported in 2009, Gomes said.

During the event, Towson Muslim Student Association Interim President Amr Rawi encouraged people to educate themselves in order to rise from the events of 9/11.

“Moving forward, we have to learn, think and educate each other,” Rawi said. “I am a student. I am a Muslim. I am an American, and I am so much more. I too, sing America.”