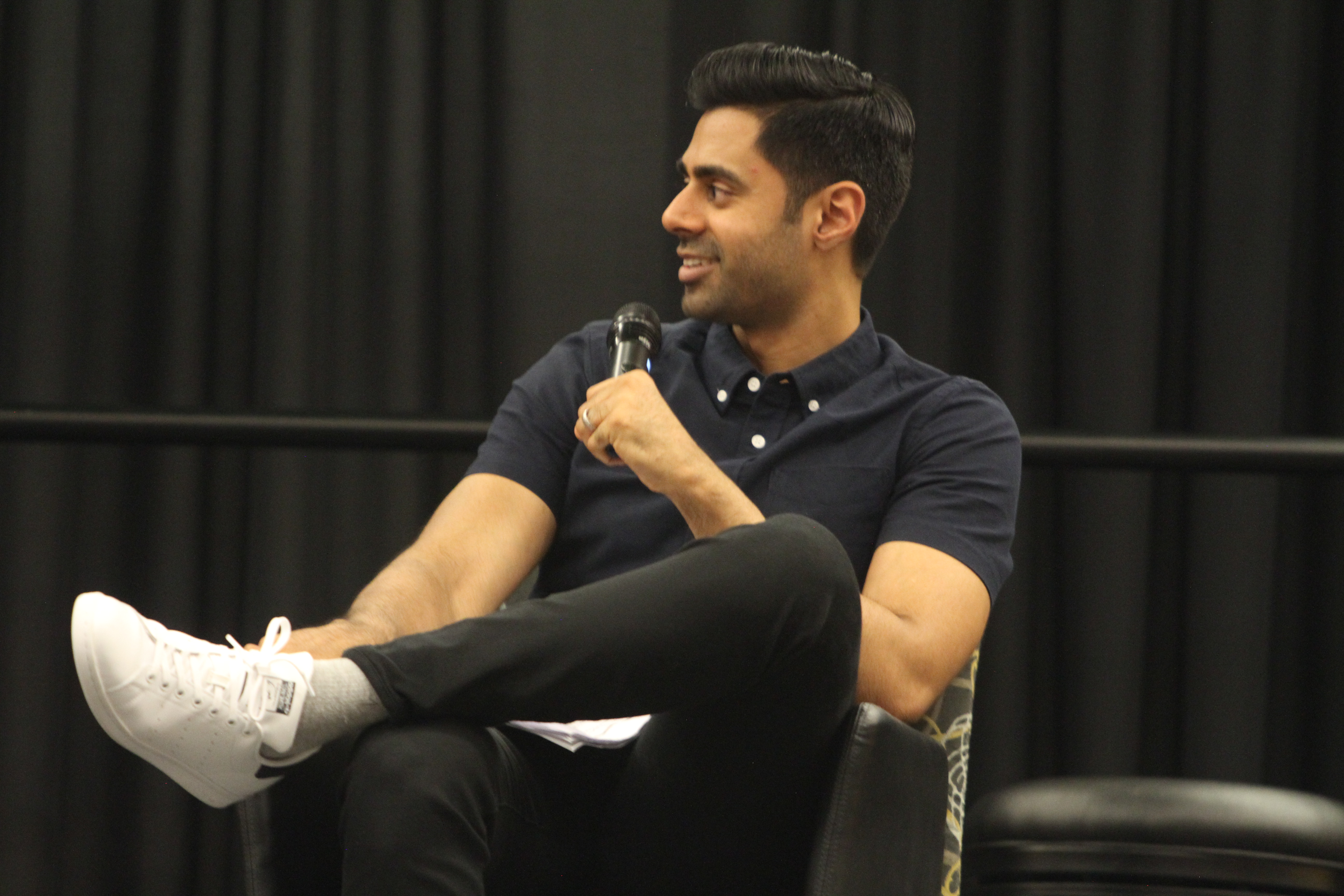 “The Daily Show’s” Hasan Minhaj came to Towson University on Sept. 19, as the Division of Student Affairs Fall Diversity Speaker. The Towerlight sat down with Minhaj after the show to ask him a few questions about his comedy, journalism, his experiences as a Muslim American, and his new Netflix special “Homecoming King.” Some parts of the interview have been edited for clarity and brevity.

Earlier this year you performed at the White House Correspondents’ Dinner, where President Trump was not in attendance. Did you feel any hesitation with roasting the president of the United States?

No, like I said in the speech, I think that it’s an amazing American tradition. It’s one of the only countries in world where we’re allowed to roast the president of the United States. It shows that no person is beyond the reach of the First Amendment, which is cool. That being said, I wanted to be cutting but not cruel. Everything that I wanted to make fun of him for is based on his merit and his decisions. I think that’s an amazing tradition and I wanted to honor that tradition by being as smart and high-brow as possible. It was a huge honor.

You also addressed the importance of the press. How do you hope the press will approach these next three years and beyond?

Growing up as a Muslim American, as a person of color, as a child of immigrants, how did you find your own identity growing up when everybody else was trying to define that identity for you?

That was really hard, man. That was just tough. It takes time and I’m still growing and evolving as a person, figuring out my identity and place in America.

Where do you get your comedic spirit from?

I think I would probably say my dad. He’s a very funny person without intentionally trying to be funny. He’s one of the funniest people I know and he has amazing stage presence even though he’s never performed on stage. He’s just a really confident dude and he’s super funny. I love my dad.

This summer, you debuted your first stand-up comedy special “Homecoming King” on Netflix. What was your creative process for that show?

To me, one of the things that I sort of wanted to hybridize and mix was traditional stand-up comedy with storytelling. I wanted to put on a theatrical production for television, for Netflix, that could mix the two mediums and show the power of them.

Is there anything coming up next for you?

I’m working on my next one-man show — and you guys got to see little glimpses of that tonight — which is a combination of storytelling and politics and firsthand, primary source reporting like what you guys saw. The Lloyd’s of London and the insurance underwriter and all that stuff. So, working on my one-man show, continuing to work on The Daily Show and doing more work in television and film.