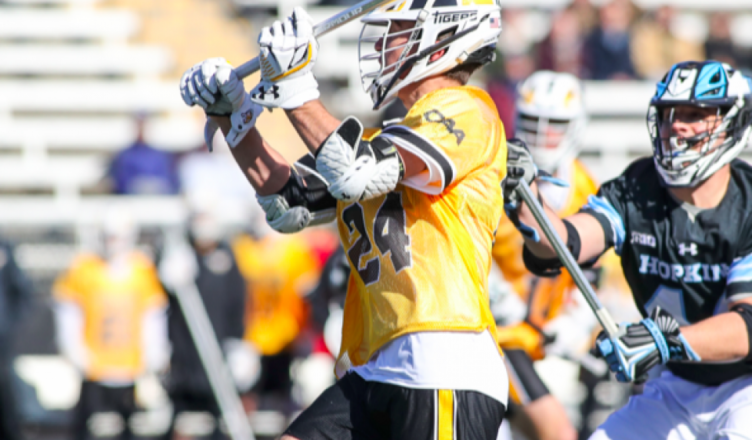 Coming off last Saturday’s matchup against Georgetown, Towson Head Coach Shawn Nadelen said he wanted his team to focus on doing a better job of clearing the ball to improve their offensive transitions. Additionally, Nadelen touched on how he felt about the team being stagnant in offensive zone and improving team ball movement.

Loyola comes to Towson as the top-ranked team in the nation, registering wins over Virginia, Johns Hopkins, and Rutgers. They enter tonight’s game with a combined average of 16 goals per game, which is 5th best among D-1 teams.

Two big reasons why are sophomore Kevin Lindley and senior Pat Spencer, who each average 4.33 goals per game (T-4th in NCAA).

With such a large offensive presence that can take over a game quickly, you need a strong defense to hold them in check, and having the 5th best scoring defense certainly won’t hurt Towson’s chances. Koby Smith, Chad Patterson, and Gray Bodden have all been strong on ground balls and causing turnovers while Smith produces as an offensive-defenseman.

Towson’s offense has been productive as well, averaging 14.33 goals per game (T-9th in NCAA). Coming off a career high nine point game against Georgetown, senior attackman Brendan Sunday has raised his average to 6.33 points per game (6th in NCAA).

Senior Timmy Monahan and junior Brody McLean have also contributed to the Tigers’ offense. Redshirt sophomore Luke Fromert has already surpassed his point totals from last season in half as many games played, notching 5 goals and 2 assists the first 3 games.

While Loyola has the offensive advantage, Towson has the edge in between the pipes. Junior Tyler Canto boasts a 7.67 goals-against average (6th in NCAA), compared to Greyhounds’ senior Jacob Stover’s 9.33.

What could one possibly expect to see tonight? A fast-paced, high scoring affair with face-offs playing a key factor in deciding the outcome. Look for both offenses to come out aggressively and take risks early on.

The game can be streamed FOR FREE on Laxsportsnetwork.com