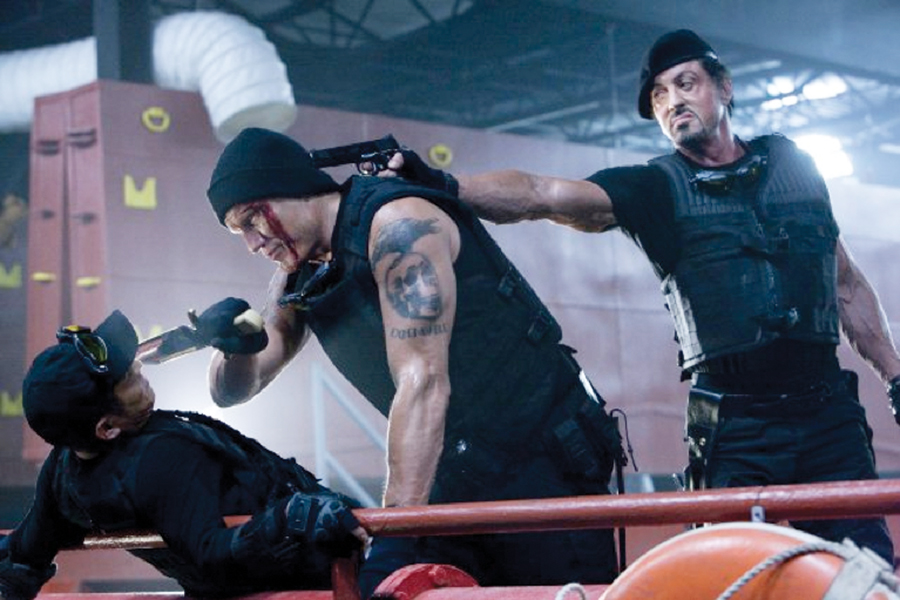 The latest “Expendables” film features the return of Barney Ross (Sylvester Stallone) and his mercenary group, “The Expendables.” When the group fails in their latest mission of apprehending arms dealer and former Expendable member Conrad Stonebanks (Mel Gibson), Ross retires his current team because he believes they are past their prime. He goes out to assemble a new crew to take down Stonebanks.

The new cast members are all good additions. Banderas plays the motor mouth Galgo, while Wesley Snipes is the knife-wielding medic, Doctor Death. Gibson is decent as the film’s main villain, as is Kelsey Grammer as Ross’ old friend who helps to recruit fresh blood for his new team. Of the veteran action stars and actors, the only one who disappoints is Ford, who lacks the energy and enthusiasm of the other actors.

The “new” cast, featuring largely unfamiliar actors, is mostly uninteresting and forgettable. This is partly because they are not given as much time to shine in the spotlight. For the brief time they are on screen, they are pretty bland.

For a PG-13 action movie, the first in the franchise, the action is decent. It could have been more entertaining with the unrestrained violence of an R-rating — which makes sense since the franchise is an homage to 1980s and 1990s action films.

“The Expendables 3” is fine for what it is, but with the grand cast that it has, it could have been a lot better.