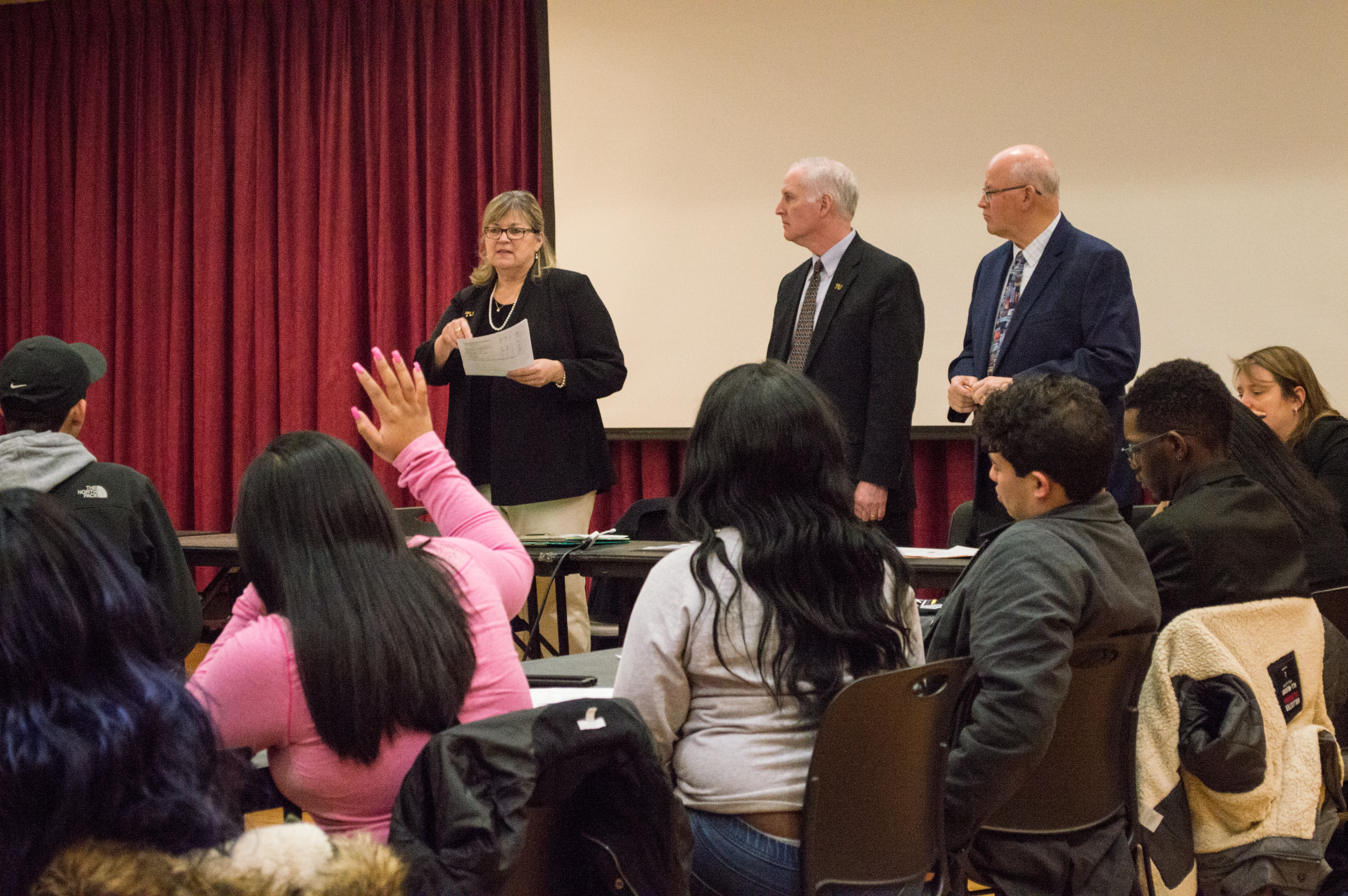 Tuition and student fees are set to increase next year, according to the proposed schedule of tuition and mandatory fees for 2019.

The forum started with a disclaimer, noting that these are the proposed fee increases, and that they have not yet been sent to the University System of Maryland. The board will review the feedback from the forum with TU President Kim Schatzel, according to Moriarty.

Moriarty started the forum by acknowledging the increasing minimum wage from $9.25 to $10.10 as a leading cause of inflation throughout all the rate changes.

“In the auxiliary budget, a lot of the increase is from us having to cover inflationary costs as well as the impact that we’re taking on employees that are largely students that are getting paid minimum wage,” Moriarty said.

Under the proposed fee increases, room rates would rise four percent. This increase provides opportunities to address the shortage of on-campus housing, upgrade residence halls and look toward a future of building more residence halls, according to Moriarty.

Slattery addressed the board plans, which include increasing the costs of all meal plans, except for the 14 meals per week plan, which will remain at its current price of $2600 per semester or $5200 per year.

Parking fees will increase by two percent, from $349 to $356 for a student yearly pass. Slattery said the two percent increase every year will allow the University to keep up with increasing wages and costs of garage maintenance.

When addressing the issue of finding and adding more parking for students with this fee increase, Slattery acknowledged the amount of parking the campus has.

Junior and SGA Director of Higher Education Tyra Fields-Maynard addressed the issue of finding parking as a student living on campus.

“I can only park in one garage, since I live on campus, and that’s the West Village garage. I have trouble often in there finding parking,” Fields-Maynard said. “If I could calculate how much gas I spend on just going up the ramps trying to find parking, that’s a serious problem.”

Fields-Maynard also acknowledged the heft of the parking fee.

“I know you are only increasing it $7, but that $349 was already a big hit. I think this is something you should reconsider,” Fields-Maynard said.

“As you know, auxiliaries are self-supporting,” Slattery said. “We don’t get any money from the state on this, so it must come out of the parking fees charged to students, faculty and staff to support the operation. As for the driving around and looking for parking, we are currently looking into the electronic counters to aid and assist everyone looking for spaces.”

SGA President James Mileo asked whether faculty and staff parking fees will increase along with the student fee.

“The rates that faculty and staff have to pay are based on a salary scale, so it varies. The more you make, the more you pay,” according to Campbell. “Usually, the two rates go [up] together. Whatever the student fee increases, the faculty and staff share will increase as well.”

Brandenburg addressed that the increase in the athletics fee by 5.1 percent, or $910 to $956, is also to keep up with inflation rates and keep the athletics department at a good standing as of now.

Mileo questioned if the athletic experiences of students here will increase.

“I think that has been the hard part,” Brandenburg said. “We have been trying to keep up with what the mandatory increases are, and it’s staying status quo where our budget goes. That’s what gets us away from the athletic experience and those types of things. We are trying to make gains by being creative and developing various partnerships.”

The forum opened discussion about the renovation of the Marriott Hotel, which is being converted to student housing.

“There is a really small number of beds relative to the size of housing on campus, and our most underserved population for housing is our transfer students, so they will get the first opportunity to reserve an apartment in that residence hall,” according to Moriarty.

Senior Alexis Alexander noted that the Marriott pricing is listed high in cost, from $8,988 to $10,770, depending on the tier.

“That’s not really catering to transfer students that are coming into our school,” Alexander said. “They might as well live off-campus, because that proves to be way cheaper.”

According to Moriarty, transfer students were polled and the responses were positive in seeking first dibs on these apartments.

Fields-Maynard noted the issue of inclusion for transfer students.

“What we keep hearing from transfer students is that they don’t feel like they are a part of the Towson community,” she said. “Instead of you to give them first dibs on something that may isolate them from the community, why not consider somewhere like Res Tower, so they get a sense of community when they come to Towson for the first time.”

According to Moriarty, they expect a demand from transfer students on the Marriott conversion housing, despite the comments on the pricing and requirement of a meal plan for certain apartment tiers.

To end the forum, Moriarty addressed the fees and the proposal.

“I’m sorry that we are the bearer of this news, but I appreciate the thoughtful questions and thoughtful feedback,” Moriarty said. “This is stuff that we can go back and look at as we finalize this year’s proposal.” 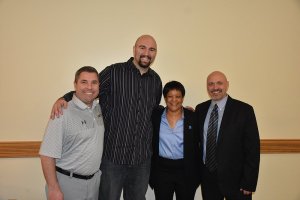