By now, most everyone has heard about the 2018 report on climate change that the Intergovernmental Panel on Climate Change released – it’s dismal at best.

The report gives the world until 2030 to make significant changes that will slow climate change, or humanity is doomed forever. At least that’s how media sensationalists frame it. Maybe you’ve resolved to recycle more, ride your bicycle to work, buy a reusable water bottle or flip the light switch off when you’re not in the room. These are all fantastic habits to keep, and it’s never too late to practice becoming a mindful consumer. However, it’s time we realize that no matter how many community cleanups we volunteer for, it will never be enough to keep up with the environmental crimes that large industry commits every day.

The Carbon Majors Report, released in 2017, states that 70 percent of the world’s carbon emissions come from just 100 companies with the highest emitters being oil companies. Personally, it makes me a little upset that companies love to point the finger at everyday citizens and blame us for not doing our part to save the environment while they continue to pollute the air and water on a massive scale. It’s victim blaming 101.

Yes, many large companies develop and advertise green initiatives. For example, Coca Cola’s Give It Back initiative encourages retailers to return their POP cardboard displays to the factory for recycling in the hopes that it will paint corrugated cardboard in a more positive light. But what about the acts committed behind closed doors? Coca Cola is not going to publicize the amount of waste they produce per year or the number of waterways they contaminate.

The companies want us to believe they are the good guys and that it’s completely up to us to come up with the solutions. The best thing that we can do is elect officials that care about the environment into office. They hold more power than individuals to cause change that will hold these large companies accountable for the damage they do.

The ultimate goal is to limit global temperatures from rising 1.5° C above pre-industrial levels. The IPCC report – appropriately titled “Global Warming of 1.5°C” – reassures us that this is attainable, but only if our leaders make major changes in the very near future. It’s a perfect time to investigate the politicians that are competing in the upcoming general election and decide who has the environment’s best interest at heart. 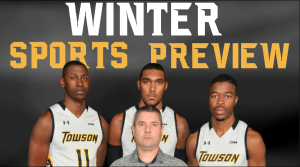