Despite getting off to a strong start and with a solid even bars performance, and a consistent perforce in two of the other three events, the Towson gymnastics team had made a few falls  during the balance beam routine.

As a result, their overall score came out to a 192.875, which was just shy of their score last week at Western Michigan where they received a 193.100.

On a better note, the squad accomplished their highest team score this year with a 49.15. In addition, Senior Ally Wesoly scored her highest this year on the vault with a 9.800.

Sophomore Tess Zientek scored a 9.800 on the uneven parallel bars, while junior Melissa Temkov and senior Mary-Elle Arduino scored a 9.850 in the floor exercise, which is the highest score that Arduino has earned on the floor in her college career.

“We started off pretty decent on bars,” said assistant coach Mary Fredericks. “The beam was rough. We had 3 falls.”

Fredericks however, also pointed out the exercises and routines that the Tigers have done well throughout the season, noting that the team stayed consistent on the vault. Towson also had to improvise this week with a few injuries and obstacles from last week’s busy Midwest road trip.

“We had great improvements in floor bars and the vault was steady,” said Fredericks.”We will go back to the gym and keep working hard so that we can all put it together.”

This Friday, the Tigers come back home to SECU Arena, where they will face-off against the University of Bridgeport and Southern Connecticut State University on Friday, March 1 at 7 p.m.. 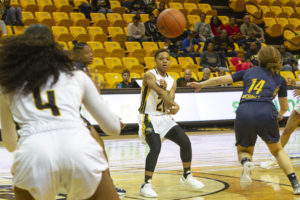 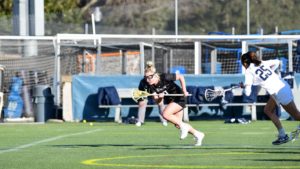