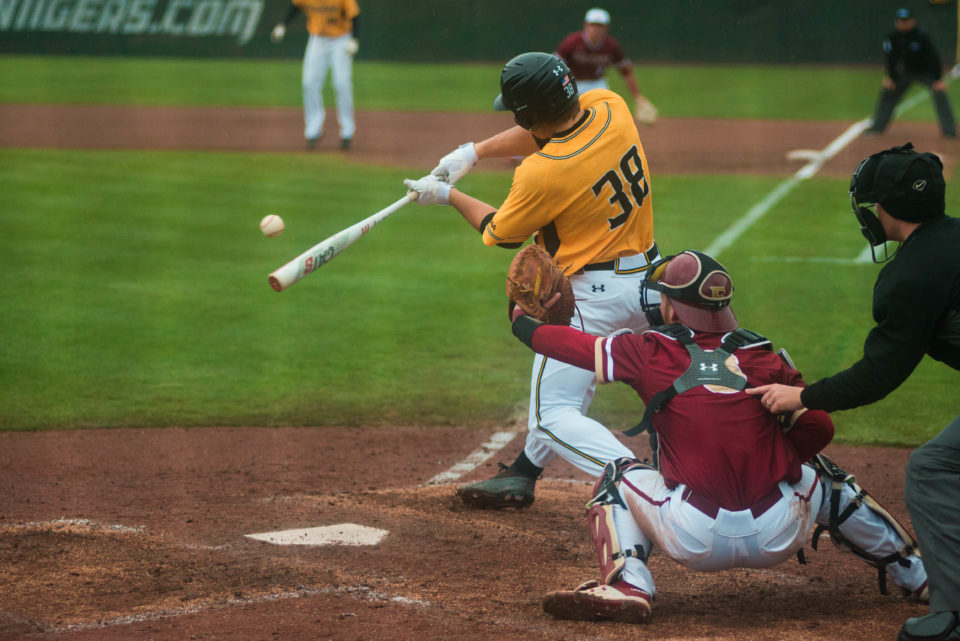 After splitting their two midweek games last week, the Tigers traveled to New York for a three game series against the Hofstra Pride.

Sunday’s series finale felt like a sweep was on the horizon for most of the game. Towson (7-27, 3-6 CAA) broke a 2-2 tie in the fifth inning when freshman outfielder Javon Fields tripled to left field and scored on an error for a little league-style home run.

“It comes down to staying within himself and doing what Javon Fields can do,” said Head Coach Matt Tyner. “Good things can happen and he is a player.”

After redshirt sophomore shortstop Dirk Masters reached base, senior third baseman Zach Piazza brought him home with a double to left field. The Tigers added another run to extend their lead to 5-2.

Hofstra (7-24, 2-7 CAA) would flip the narrative later on, scoring five runs in both the sixth and seventh innings.

“We’ve gotten better and we need to continue to do more and more,” Tyner said. “To Hofstra’s credit, we had beat them down pretty well and they came back out on Sunday and got their opportunity and took advantage of it.

Despite out hitting the Pride 15-12, Towson failed to get back into the game, falling 12-6, and ending its season high three-game winning streak.

On Saturday, it was the pitching that stood out as senior pitcher Gavin Weyman put together his second straight quality start, this time allowing one run on three hits over seven innings.

“I think it goes without saying if you can pitch ahead, it certainly makes your pitcher go from a position of power,” Tyner said. “Having us score early and often is a boost to their confidence. They’re both throwing at a high level.”

Once again, it was Fields who broke the ice in this game, driving in two runs on a double to left field in the third inning. Fields would later score on a balk by the opposing pitcher.

Hofstra got one run back before senior catcher Trey Martinez launched a two-run home run to left field, his first long ball of the season, giving Towson a 5-2 lead.

Junior pitcher David Tiskevics closed the door for the Tigers, surrendering one run through two innings of relief, putting the finishing touches on the 5-2 victory.

Sophomore pitcher Josh Seils put on a show in the series opener, going eight innings, allowing three runs, two of them earned, and striking out eight.

Seils entered the ninth inning, looking for the complete game, but was removed after the Pride got their first two runners on base. Redshirt junior pitcher John Cranston and sophomore pitcher Jake Peculinas would combine to put Hofstra away for the 8-5 win.

“To be considered a threat, you’ve gotta develop consistency. We’re still not there in a couple aspects but i thought this week, we played well defensively,” Tyner said. “Offensively, we’re getting a charge but we didn’t capitalize on some run scoring opportunities.”

Next, it will be another busy week for the Tigers. Towson will play a pair of local midweek games, traveling to UMBC on Tuesday, April 16 at 6 p.m. before hosting Coppin State on Wednesday, April 17 at 3 p.m.

“We can’t overlook UMBC or Coppin State,” Tyner said. “You’ve got to come out with the same type of mentality are aggressiveness.”

The Tigers will host the Delaware Blue Hens for a weekend series at John B Schuerholz Park, with the first game kicking off on Friday, April 19 at 3 p.m. 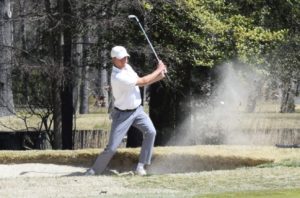 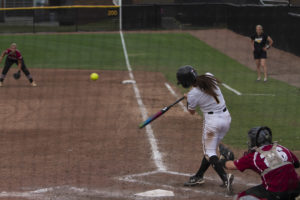