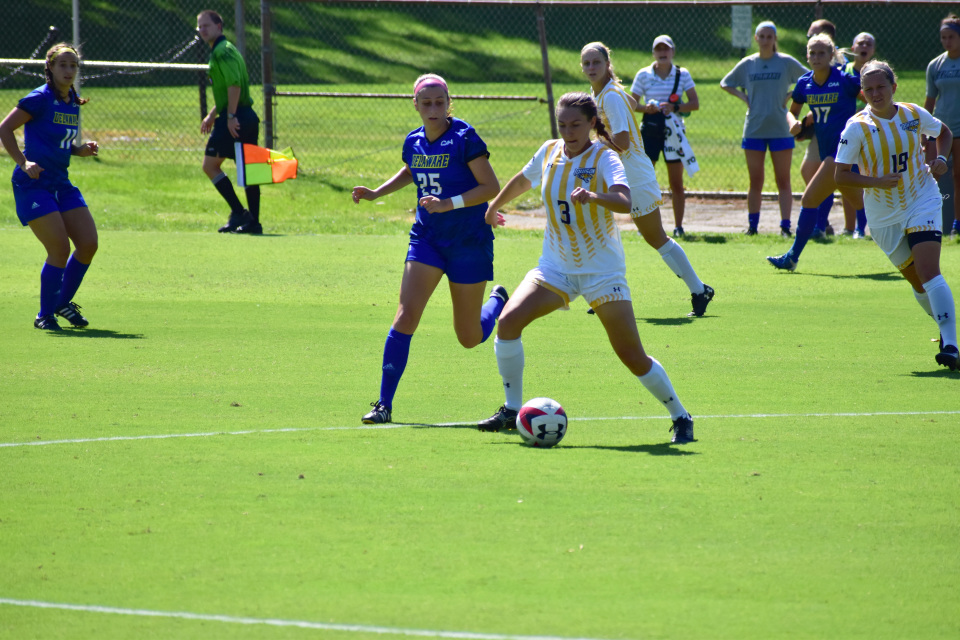 The Tigers (3-6-2, 0-1-0 CAA) couldn’t manage a shot on goal throughout the entire game and struggled to create any chances beyond a few crosses into the box that failed to find a target. The entire attacking unit looked disjointed throughout the game as the Tigers failed to string together passes in the final third.

“We didn’t have the urgency in the attacking half of the field to do something,” Head Coach Greg Paynter said. “We played the last 20 minutes without a forward, it’s hard to think you’re going to generate that type of play.”

Junior forward McKenzie McCaull was sent off 67 minutes into the game after a scuffle with a Blue Hen defender on the sideline. Following the red card, the Blue Hens (6-5-2, 1-1-0 CAA) found space to work and scored the game’s only goal in the 74th minute after freshman midfielder Gabby Johnson converted on a penalty kick.

“It was a heated game, that’s part of our sport,” Paynter said. “It’s just discipline and making sure we’re as sharp as we can be in those moments of need and today we weren’t.”

After McCaull was sent off the field, Towson had a scoring opportunity when sophomore forward Elizabeth Coletti found the head of senior midfielder Maddie Bove. However, Bove pushed the shoot just right of the post.

After the game, Paynter gave Towson a passionate speech about committing to the team for the rest of the season.

The Tigers have a chance to show that commitment Sept. 28, as they host CAA opponent Elon to conclude their five-game home stand. Opening kick is set for 3 p.m.

“Heart, desire, I thought that was lacking in the first half,” Paynter said. “We gotta have that heart from the very beginning because Elon is a very aggressive and physical team, and if we don’t play with that we could get run off the field.”