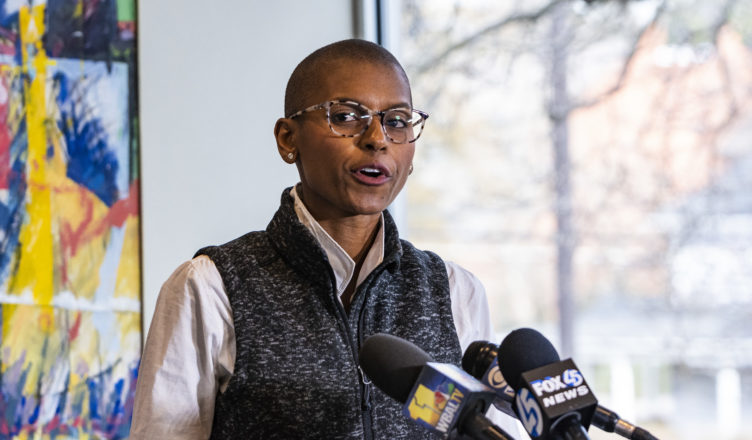 The family member’s tests came back negative for Coronavirus. As of now, it is not known when the professor can and will return to campus.

“As an update to the message sent to campus this morning, the University was informed this afternoon that the individual’s test results have come back negative,” the email read.

According to an email sent earlier that morning, the Maryland Department of Health indicated that the professor was low risk and precautionary measures were being taken by not having the professor return to class, pending the test results.

“Out of an abundance of caution, the professor will not return to class pending final test results expected in the next few days from the Centers for Disease Control and Prevention (CDC),” the email read.

Vice President for University Marketing and Communications Marina Cooper addressed the issue Thursday afternoon at a media briefing prior to the test results coming back.

“The current risk to the Towson community is low and there are no confirmed cases of Coronavirus at Towson University,” Cooper said.

Despite the low risk, freshman Zoe Rappoport still felt uneasy when she received the email.

“I was scared,” she said. “I was like, ‘We’re all gonna die.’ It’s hard because when everyone came back, we had no idea here everyone was over break. With everyone coming from different places, it’s not surprising that someone could have it.”

Cooper added that the University has suspended any sponsored travel to China.

“Until further notice, the University has continued to suspend all University related and sponsored travel to China,” Cooper said.

Towson has international students from China and they have already been reached out to, according to Cooper.

“We do have current international students from China as many campuses across the state do,” Cooper said. “As many campuses have done, our health center has reached out to them [and] asked about their travels over winter break. So far, we have not received any information that is of any concern.”

University Communications has updated the campus as more information became available, which senior Ashley Masucci has mixed feelings about.

“They’re definitely not trying to miss a beat,” Masucci said. “In my opinion, I don’t know if the email [Thursday morning] was necessary. I understand why they felt the need to reach out to us and say ‘This is a possibility.’ However, if it was such a low risk, I don’t know if it’s fair to the professor that’s been affected by this because now all of the students are going to be asking ‘Oh, was your professor out this week, it could’ve been your professor,’ and that might cause more issues later on. It’s nice that they’re being proactive about it. But at the same time, I don’t know if it’s smart to put every little detail out there about it as soon as it happens.”

Masucci added that her concern about the virus is low.

“I know it’s something new, so it can be scary, but I’ve done my research and people are saying that the flu has killed more people this year than this virus,” she said. “I don’t think people are focusing on issues that are serious and big and have been here for a while. I’m not super concerned but it is scary because we don’t necessarily know what it’s gonna do.”

Rappoport feels reassured about student safety on campus thanks to the emails.

“I feel like they did everything that they could,” she said. “They removed [the professor] from campus and everything. As long as it wasn’t [the professor] who had it and they got them out of there as soon as they found out, I feel safe.”