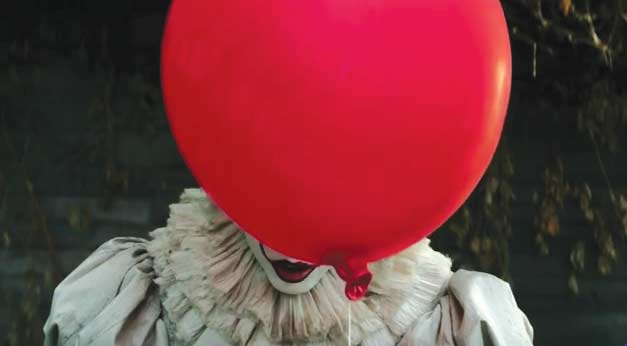 It feels like the Stephen King adaptations keep coming and coming, but no one can deny the zeal the fruitful author implements into all of his stories, a characteristic that translates gracefully onto the big screen, that is, if done correctly.

While it is true that some of King’s works should have been left on the page, director Andy Muschietti’s vision of his seminal novel (or at least the first half of it, “Part One: The Loser’s Club” released Sept. 8) ranks among the very best of these re-imaginings, which is certainly no small feat.

At the center of this barbaric tale is Pennywise the Dancing Clown, whose horrifying place in pop culture has nearly extinguished the clowning industry.

Of course, this monster’s first onscreen incarnation took place in 1990 with the solid TV mini-series, and saw the frightening and over-the-top Tim Curry in the titular role.

As iconic as that portrayal is, Muschietti lets us know early that he’s taking a different route, one as sinister as it gets.

This liberation is on full display in the first scene, which is almost identical to that of the miniseries. Bill Denbrough (Jaeden Lieberher), a 12-year-old with a stutter, is sick in bed, but his little brother, Georgie (Jackson Robert Scott), pesters him into building a nifty little paper boat.

Georgie dashes out into their neighborhood in small-town Derry and places his boat on the curbside stream conceived by ferocious rain, and gaily splashes around as the “S.S. Georgie” glides down the road.

And then, the boat falls down a drain.

This is when we meet Pennywise (Bill Skarsgård), and the moment he tells Georgie that he’ll float, too, is when anyone who has seen the miniseries will know that this “IT” is different – it is gory, it is bold, it is scary, it is hilarious and “IT” has already earned a spot as one of the most twisted horror movies of modern times.

Muschietti and writers Chase Palmer, Cary Fukunaga and Gary Dauberman push the action forward into the late 1980s, and make many other changes to the source material – and what adaptation doesn’t?

Despite this, they masterfully capture the terrifically terrifying essence of the story. If this is not the best Stephen King movie, it is certainly the most faithful.

One of the film’s greatest pleasures is in its pacing, and how it takes its time introducing us to the seven members of the “Losers’ Club.”

We know Bill’s backstory, but this allows us to learn more about the others, draw genuine sympathy toward them and their painful realities and understand why these self-proclaimed “losers” gravitate towards each other for friendship.

Beverly Marsh (Sophia Lillis) has the unjustified reputation for being the school slut and comes home every night to an atrocious father.

Eddie (Jack Dylan Grazer), a victim of an overprotective mother, nearly drowns himself with his inhaler and various pills; he has an account at the local pharmacy.

Mike’s (Chosen Jacobs) parents were killed in a house fire.

Stanley (Wyatt Oleff) is tormented by a painting in his rabbi father’s study, and Ben (Jeremy Ray Taylor), the overweight new kid in school, spends his time studying the history of Derry’s tragedies, where the death rate is six times greater than the national average, and that’s just adults.

The film is careful in the time it spends with each child.  With the exception of Billy, each Loser gets a proportionate amount of screen time, with the script never straying too far away from the clown stalking them and his malicious agenda.

Family is never really a factor, unless it has to deal with one of the Loser’s terrors. Whereas we see Beverly’s dad and Eddie’s mother, and hear Mike tell us about his parents, there aren’t really any signs that Ben or Richie even have a family. The Loser’s Club is all any of them really have.

And if the dancing, psychotic clown weren’t enough for the Losers, school bully Henry Bowers (Nicholas Hamilton) is after them as well.

If you think that couldn’t get any worse, just wait for a balloon to pop up at the Bowers’ place.

Pennywise assumes dominance over these kids by taking the form of each of their deepest fears; whether that be a leper, a painting or his customary clown persona, any scene Skarsgård is in is one you don’t want to miss.

With that said, the most effective scenes in “IT” are the ones where the kids are separated from one another, forced to face the manifestation of fright alone.

Eventually, they all decide to take up arms against the demonic being, but before the war begins, Pennywise indisputably has the upper hand. It isn’t until they realize that they don’t have to be afraid when they begin to show some strength.

In any film like this where kids are an integral part of the story, so much is left in the hands of casting. Each of these actors have their own moment where they are the star of the show, and there is never a slipup; the intensity never fades. Because of these strong performances, both the horror and the non-horror storylines mix well.

The “IT” miniseries also had some stellar young performers; many agree that the second half, which featured primarily the adults, was its downfall. Not only had the Losers lost their appeal in their 40s, but this was released in the early 90s and the available technology could not support the supernatural abilities of Pennywise.

Nearly thirty years later, that problem has resolved itself, and the idea that the clown has complete freedom to do anything at any time is truly terrifying.

With the recent spike of intriguing independent horror films and the second chapter of “IT” having already been announced, “IT” could (hopefully) mark a turning point in the blockbuster genre: the return of the slasher. 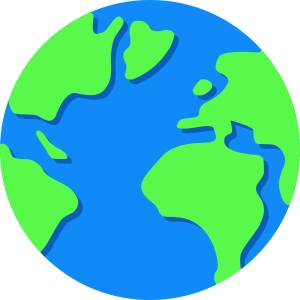