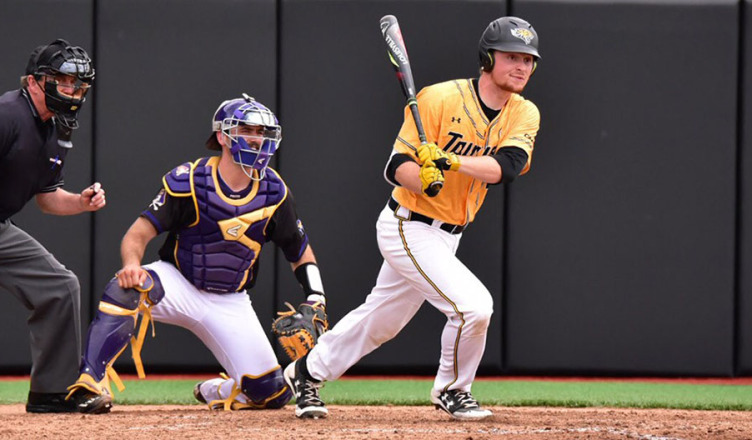 No. 25 East Carolina swept Towson in a three-game series this weekend in Greenville, North Carolina, at Clark-LeClair Stadium.

In Sunday’s series finale, the Tigers (8-10) jumped on the board in the first inning when sophomore infielder Richard Miller singled, allowing redshirt sophomore outfielder Mark Grunberg to score for the Tigers a 1-0 lead.

Grunberg returned to the lineup earlier in the week after sitting out much of the 2016 season due to injury.

However, East Carolina took a 4-1 lead in the third inning and held on to win 12-7 and complete the sweep of Towson.

“The offense is getting better,” Head Coach Mike Gottlieb said. “But it’s not as good as it could be.”

Miller went 2-for-4 and freshman outfielder Matt Smith went 2-for-3. Both Miller and Smith drove in two RBIs.

In Saturday’s game, the Tigers took a 2-0 lead in the top of the third inning with an RBI single from Richard Miller and Logan Burke.

However, the Pirates cut into the Tigers’ lead in the fifth inning with an RBI single to right field. In the seventh inning, the Pirates took an 8-2 lead.

Despite a late surge at the plate from Towson, East Carolina held on to secure an 8-5 victory in game two of the series.

In the series opener, the Tigers took an early 1-0 lead in the first inning when junior infielder Logan Burke hit into a fielder’s choice and scored redshirt senior outfielder Colin Dyer.

However, East Carolina answered in the bottom half of the inning by posting three runs. Towson never regained the lead and fell 9-4.

Sophomore pitcher Dean Stramara surrendered four runs on five hits in only one inning of work against the Pirates.

“Overall the pitching wasn’t good,” Gottlieb said. “We walked too many guys.”

Towson will play two midweek games against George Washington and Coppin State. The team will then open up conference play against Northeastern Friday at 3 p.m.

“I’m looking to see who is going to step and show they deserve a spot,” Gottlieb said.