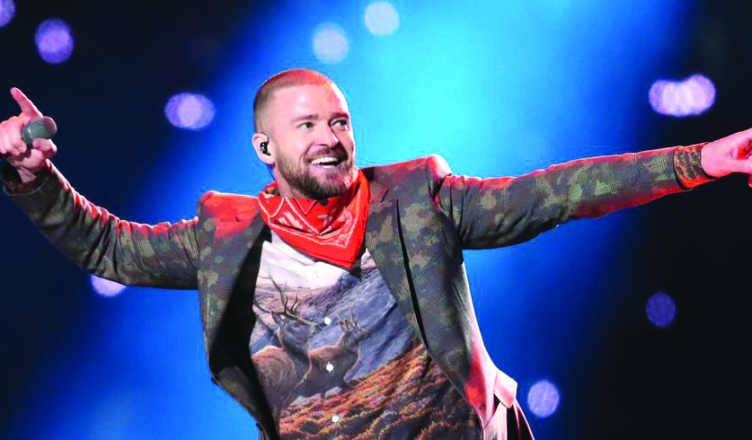 Justin Timberlake, who took center stage Sunday night as the Super Bowl LII halftime show performer, has been one of the more interesting entertainers to come out of the woodwork since the turn of the century. He seemed to do the impossible by distancing himself from the boy band NSYNC, and became a fully-fledged solo artist with early hits like “Rock Your Body” and “Cry Me a River.”

While he spent the mid-2000s making some of the greatest pop and R&B albums with “Justified” and “FutureSex/LoveSounds,” he began to move away from music to focus on other projects like acting in “The Social Network” and occasionally teaming up with Andy Samberg to create comedic tracks for The Lonely Island.

In 2013, he wowed music lovers by having monumental success with “The 20/20 Experience” double album, which had a shocking level of proficient success. I think Justin Timberlake is an amazing talent, but many artists are not able to simply walk back into the spotlight after years of time off like he did in 2013. So how does his new album “Man of the Woods” hold up now that Justin has taken another five-year break from making new music?

The album seems to be going in a few different directions compared to the pure R&B vibes of “The 20/20 Experience.” Though the album’s first single “Filthy” certainly prepared fans for a different sound, most of the album doesn’t sound like that vein at all. There are moments of traditional R&B sounds, like on “Higher Higher,” but there is a focus more on the acoustic guitar sprinkled throughout this record. While the album title certainly hints at a more rustic approach, I didn’t think that J.T. would be able to pull it off, but it is rather refreshing to see a different approach to songwriting.

What also sticks out are the songs that feature other artists that come in the middle of the record. “Morning Light” with Alicia Keys is a smooth song that is what we come to expect from a seasoned musical pro like Keys, and “Say Something” featuring Chris Stapleton went over much better than one would expect. The ballads on the album, such as “Flannel” and the album-closer “Young Man,” are going to be standouts for many.

Some of the songs contain spoken word segments at the beginning and end, which I feel can be a tad unnecessary, especially for an album which is already a bit lengthy. This is part of my overall feeling of the album being a bit disjointed. While not bad by any means, the album’s shifts can feel a bit jarring without a central theme to anchor it down. If you enjoyed “Filthy,” you may be disappointed with the rest of the album as a result.

However, I feel that this gives the album a unique identity and shows us that J.T. is going to continue to grow as an artist even if he experiments in different genres. Overall, I feel that this album is a good representation of Justin Timberlake as a person, and the album is all the better for it.