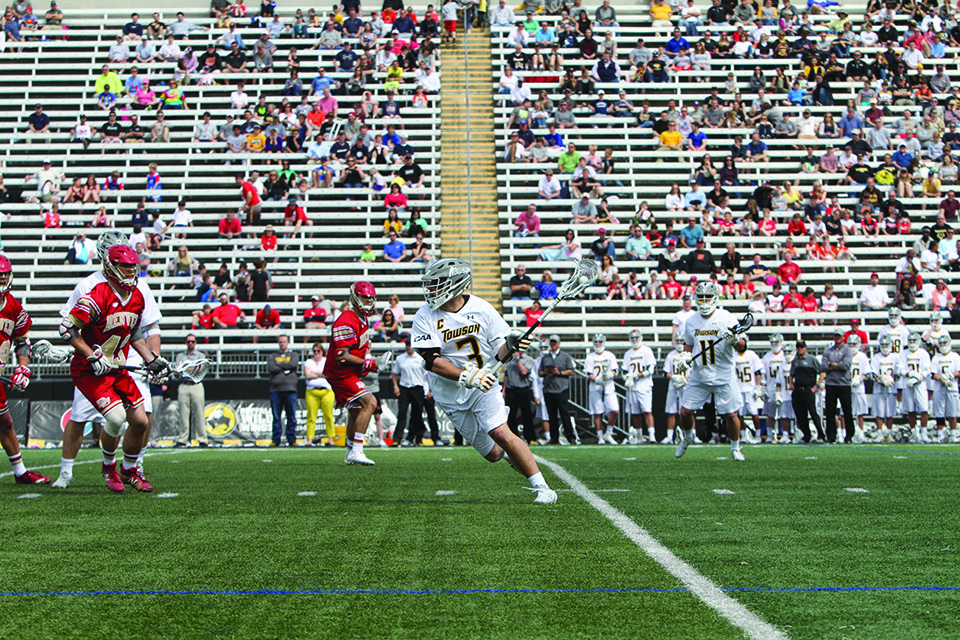 Towson’s run in the 2017 NCAA Tournament came to an end in the semifinals after an 11-10 loss at the hands of No. 3 Ohio State Saturday afternoon at Gillette Stadium in Foxborough, Massachusetts.

“Congratulations to Ohio State for earning a hard-fought win today against our squad,” Head Coach Shawn Nadelen said. “Today we came out, we had some early success, but credit to Ohio State for getting back in the game and sealing it at the end.”

In the first quarter, the Tigers (12-5, 5-1 CAA) took a 1-0 lead over the Buckeyes Buckeyes (16-4, 3-2 B1G) when senior midfielder Mike Lynch scored off an assist from senior attackman Ryan Drenner.

In the second quarter, the Tigers opened up a four-goal lead over the Buckeyes. During that run, senior attackman Joe Seider and senior attackman Ryan Drenner scored twice. Redshirt senior Brian Bolewicki also scored to give the Tigers a 7-3 lead going into halftime.

Seider opened up the third quarter with his third goal of the game to give the team an 8-3 lead. Following Seider’s goal, Towson went on a man-up opportunity after an Ohio State penalty.

During the man-advantage, the Tigers rang a shot off the post and the ball ricocheted to awaiting Buckeye attackman Eric Fannell. Fannell found fellow senior attackman Austin Shanks, who buried a shot past Tigers senior goalkeeper Matt Hoy.

From that moment on, it was all Buckeyes.

Ohio State outscored Towson in the third quarter 5-2 to pull within one goal heading into the final 15 minutes with a trip to the championship game on the line.

In the fourth quarter, the Buckeyes tied the game 9-9 with 11:42 left to play. They then took their first lead since the first quarter when senior midfielder J.T. Blubaugh scored.

Ohio State delivered the dagger with midway through the fourth when senior midfielder Johnny Pearson scored to give the team an 11-9 lead.

Drenner scored once more before the final horn to make it an 11-10 game, but the Tigers were unable to score on their final possession and fell to the Buckeyes.

“”It’s pretty chaotic in [the final moment],” Drenner said. “We were just trying to do what we’ve been doing all season long, getting good looks. Trying to force the defense to extend out and hopefully make a mistake.”

The big headline of the game was Towson’s loss of face-off man Alex Woodall late in the contest. Woodall had been strong in the face-off circle but left the game with an apparent head injury in the second half.

In their final game with Towson, Drenner and Seider each scored three goals , while Hoy made six saves.

“This senior class definitely is a special on in our hearts a staff,” Nadelen said. “Not only for them being the first class that started from start to finish recruiting wise, but what they’ve come in and been able to do with the program and help move it forward.” 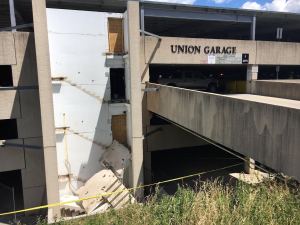