On Jan. 6, an insurrection, which is defined as an act or instance of revolting against civil authority or an established government, took place at the U.S. Capitol. This event was unexpected and shocking. While members of Congress were inside certifying the electoral college votes that declared President Joe Biden the winner, a large crowd of Trump-supporting protesters that were protesting against the election results began to riot and broke into the Capitol building.

Members of Congress had to evacuate to get to safety. The Federal Bureau of Investigation (FBI) viewed this attack as an act of domestic terrorism. The counting of the electoral college votes continued later that night, and Joe Biden was declared the winner on Jan. 7 at 3:41am.

Since the events on Jan. 6, over 400 arrests have been made of the insurrectionists and arrests continue to be made as the FBI continues to investigate. The insurrectionists had come from all across the country and consisted of mostly white men. Many of them were supporters of far-right extremist groups or ideas.

Before the break-in at the Capitol, Former President Donald Trump gave a speech where he falsely claimed to have won the election and had it stolen from him, even though there was no proof of widespread election fraud.

There was no proof that could support his claim that the election was stolen from him.

His speech included phrases about fighting such as, “…We fight like hell. And if you don’t fight like hell, you’re not going to have a country anymore.” Video clips from the speech were used as evidence in the impeachment trial to prove that Trump incited the insurrection.

Equating President Biden taking office after being rightfully elected to not having a country anymore was irresponsible and created a nonsensical ultimatum that people believed and acted on. I believe the nonsensical ultimatums Trump created throughout his presidency attracted members of groups with extremist or violent views and made them want to support him. Trump has constantly used ‘othering’ to persuade people to support him throughout his campaign for the 2016 presidential election, his entire presidency, and leading up to the 2020 presidential election.

The House of Representatives impeached Trump on Jan. 13 for incitement of insurrection with a 232 to 197 vote. All 222 Democratic House members and 10 Republican House members voted to impeach him. Trump was the only president that was impeached twice during his presidency. When the Senate had the chance to convict Trump and remove him from office, they chose to acquit him with a 57 to 43 vote. If they had convicted him, the Senate could have also decided to prevent him from holding office again.

This event demonstrated that Trump does not support the democracy that is currently in place in this country. Instead, it demonstrates that he views his personal power and authority as more important to him than our democracy, which proves that he does not actually uphold the patriotic values he claimed throughout his presidency.

Regardless of the insurrectionists’ attempt to stop the election results from being counted and Trump’s insistence that he had really won the election, President Biden and Vice President Kamala Harris were sworn into office on Jan. 20 because they won the majority of votes in the electoral college. 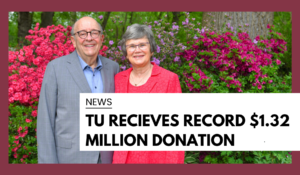