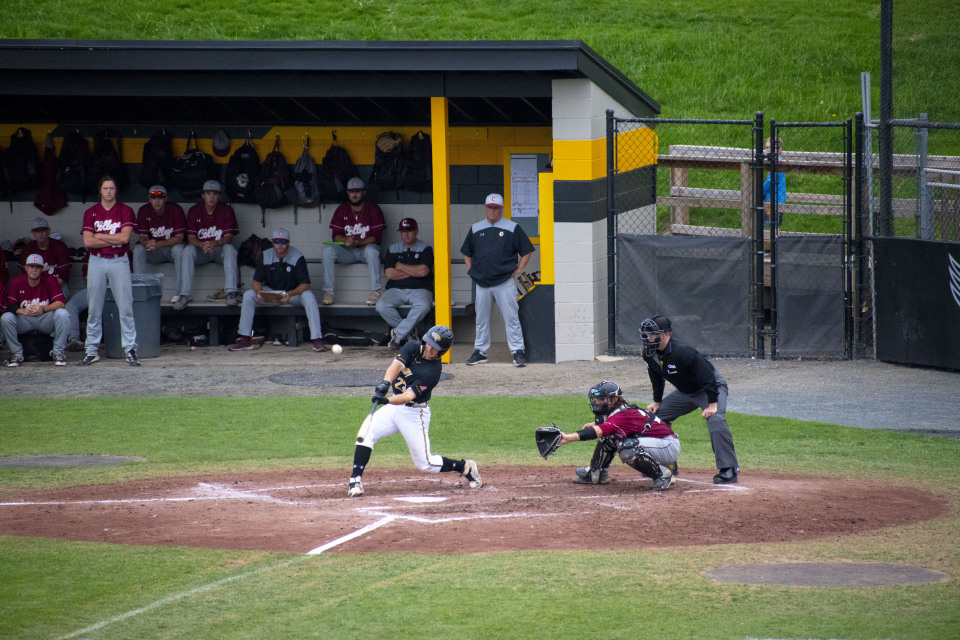 Towson dropped two out of three games in a home series to Colonial Athletic Association (CAA) opponent College of Charleston at John B. Schuerholz field this weekend.

The Tigers got on the board in the third inning when redshirt junior outfielder Mark Grunberg singled to score junior infielder Richie Palacios.

The Tigers extended their lead in the fifth when senior outfielder Colin Gimblet doubled to score sophomore outfielder Andrew Cassard and Palacios. Grunberg followed with an RBI single.

The Cougars finally got on the board in the sixth inning with a groundout.

The Tigers got an insurance run in the eighth inning when junior infielder Richard Miller singled on a bloop single from Trey Martinez, increasing the lead to 5-1.

The Cougars threatened in the ninth inning after plating two runs and getting the tying runs in scoring position, but redshirt freshman pitcher Kody Reeser was able to secure the win for the Tigers with a flyout and groundout.

Senior pitcher Alex Cuas (1-4) got his first win of the season as he allowed one run on four hits, striking out seven over seven innings.

“It was a good accomplishment for us,” Head Coach Matt Tyner said. “Especially to win it the way we won it. Anytime you come back from two down and you win the final one, it’s a great uplift.”

In Saturday’s game, Towson could not keep up with the Charleston offense in the later innings, falling 13-5.

The Cougars got on the board in the second inning after scoring four runs.

In the bottom of the second inning, the Tigers got on the board with a home run off the bat of Miller, but the Cougars responded with a solo home run in the third inning.

Senior infielder Billy Lennox singled to score Palacios in the bottom of the third.

In the fourth inning, Miller scored on a chopper from Martinez. Senior infielder Logan Burke followed with a two-run home run to tie the game.

The Cougars answered with three runs of their own to retake the lead. The Cougars added a pair of runs in the sixth and three more in the eighth to secure the game and series win.

“This game is a game of momentum and momentum swings,” Tyner said. “[On Saturday], everyone was focused and playing at an unbelievable level. Those guys would ring the bell and we’d answer the call. It was a heck of a baseball game and then with two snaps of the finger, they scored three runs and it deflated us.”

The Cougars jumped out to an early lead after pushing across six runs in the first inning.

The Tigers got on the board in the second inning when Gimblet scored on a groundout by sophomore infielder Noah Cabrera.

In the bottom of the fourth inning, Cabrera delivered a sacrifice fly to score Gimblet. Later in the inning, Burke doubled to score Grunberg.

However, Towson was unable to overcome the Cougars’ fast start.

The Tigers got on the board in third inning when Cabrera scored on a passed ball. Martinez scored on a groundout from Cassard.

The Patriots added five more runs in the fifth inning.

In the bottom of the sixth inning, Cabrera delivered his first career grand slam.

The Tigers added three more runs in the eighth inning, but could not overcome the Patriots’ sizeable lead.

Freshman pitcher Josh Seils (1-2) took the loss after allowing 12 runs on 12 hits in just over four innings of play.

The Tigers got on the board in the fifth inning when Cassard scored on a wild pitch. Grunberg scored senior first baseman Charlie Watters with a groundout. Later in the inning, Gimblet singled to score Palacios.

The Colonials added four more runs to secure the win.

“We’re looking for consistent play,” Tyner said. “We’re going to go down into a hostile environment and we’re going to face the NCAA-leader in strikeouts. We’re going to have to get extremely good at what we do.”

The Tigers will travel to College Park Wednesday afternoon to face the University of Maryland. The team will then travel to Elon, North Carolina for a three-game series this weekend. First pitch Friday is slated for 6 p.m. 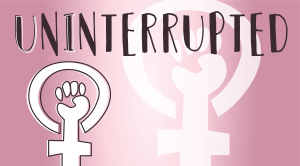