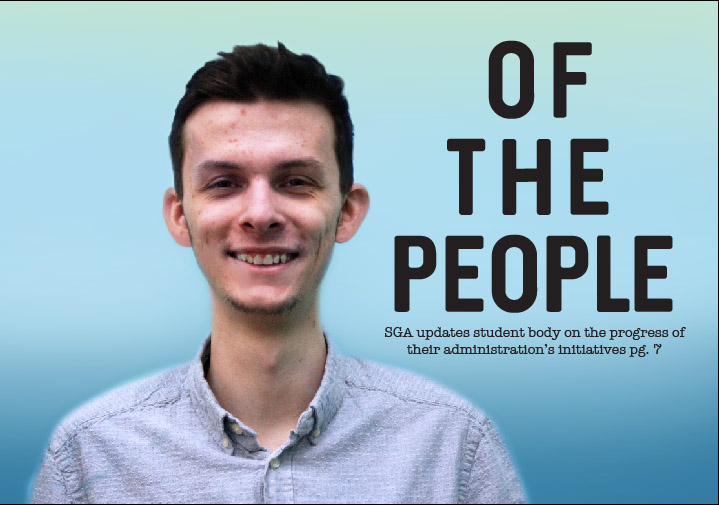 The student body of Towson University elected the 97th administration of the Student Government Association in May 2017, but SGA President James Mileo and Vice President Breya Johnson will tell you that the issues they are addressing have existed at Towson long before their campaign last spring.

Following negotiations between the activists and University administrators, Chandler signed a list of 12 diversity initiatives that the University would pursue. Johnson, who was among those young activists, said she “can literally see the effects of Occupy Towson here every single day.”

“Even the article that [President Kim Schatzel] just put out saying how important diversity is, things like that didn’t happen three years ago,” Johnson said. “[TU administrators] felt when students are unhappy and when students can really pull up concrete evidence that they are being underserved, they knew what that was like. The fact that we’re really starting to see people try their best to not underserve groups of students and students as a whole, to me, is what I’m most proud of.”

Yet some students still have reservations about the progress of the platform items that the current SGA administration campaigned on.

Towson College Democrats President Ryan Kirby, who is also a Towerlight contributor, commended SGA leaders for their advocacy to create a diverse and inclusive campus. But Kirby also questioned whether this SGA administration has progressed beyond advocacy to “actual change.”

Junior Steven Pugh said that SGA leaders laid out a good platform during their campaign, but he hasn’t seen those promises come to fruition.

“I feel like not much has actually changed just yet, but I feel like they are in the works of it,” Pugh said. “Good planning, wishful thinking, but not a lot has actually made a difference yet.”

Pugh, who is majoring in computer science and minoring in mathematics, said one of the issues that is most important to him is accessibility.

“I have a couple of friends that have trouble getting around campus…. It’s just hard for them to get around from class to class on time,” he said.

Senior Thelma Falana, who is an exercise science major, said Towson students are still divided, and she would like SGA to promote diversity by bringing together students from different backgrounds more often.

“Before, diversity was kind of an issue because a lot of students from other backgrounds felt like us being in a PWI (predominantly white institution), you just have to find your way around and find your way with people,” Falana said. “But then at the same time, you notice it’s a lot of one student group here and one student group there and at the end of the day it’s still not very diverse.”

Kirby said SGA is not visible enough on campus.

“Overall, we feel that the current SGA administration has been less noticeable on campus,” Kirby said.

Mileo acknowledged that student forums “sort of took the back burner” during the fall semester, but he said SGA will host a student forum on Feb. 8 to discuss student fees.

Mileo also hopes the State of the SGA, which he said will most likely occur in early to mid-March, will be more interactive this year and feature a live-streaming element where students can pose questions to their SGA leaders.

Johnson and Mileo want to make it clear to students that they are accomplishing their platform promises.

“The type of work that we do, we don’t look for changes right away,” Johnson said. “I think that’s one of those moments where you have to stand firm in your belief and you have to be committed to change over time and creating new models. So for me, if you look at our platform and you say you don’t see anything concrete, you’re not really looking.”

SGA allocated $4,500 to the Food Insecurity Support Fund, which is led by Christina Olstad, assistant to the vice president for student affairs.

“Food insecurity is defined as the state of being without reliable access to a sufficient quantity of affordable, nutritious food,” said Stephanie Baker, a case manager and assistant director for conflict resolution in the Division of Student Affairs.

According to Baker, the Food Insecurity Support Fund deposits money to the OneCards of students who experience food insecurity to then use in dining halls on campus.

Students, faculty and staff who experience food insecurity can also receive food from the FoodShare program which operates out of the Newman Center, Baker said.

Last semester, SGA leaders participated in a Campus Safety Walk with TU administrators during which the students pointed out different areas of campus that are not accessible.

In addition to improving the physical accessibility of Towson’s campus, SGA is working with the Counseling Center to expand mental health resources.

Johnson said that as Towson’s student population grows and the demographic structure of that population changes, the number and types of counselors within the Counseling Center should also change to meet those needs.

SGA is advocating in the University Senate for the passage of their trigger warning initiative. The initiative would require professors to notify students about any potentially traumatic material either in course syllabi or 48 hours prior to the class period in which that material will be used. This initiative is meant to allow students to prepare themselves for discussions surrounding that material, according to Mileo.

“The idea behind this is that we’re no longer conflating trauma with discomfort, and that we’re treating potentially traumatic material with some sensitivity…. The difference between discomfort and trauma is that there is a physiological response to trauma which does not allow for students to learn,” Mileo said. “It disrupts the learning process, whereas discomfort enhances the learning process and encourages learning.”

Mileo hopes that passing the trigger warning initiative through the University Senate could lead to other mental health changes such as increasing the number of counselors and institutionalizing the validity of mental health-related excused absences.

“If we get [the trigger warning initiative] passed, it shows the faculty are acknowledging mental health on campus and that mental health affects education,” Mileo said.

SGA Director of the Higher Education Initiative Tyra Fields has spearheaded the Expanding Intelligence Today program, or EXIT, which partners TU student volunteers with Baltimore City students to help them prepare for graduation and life after high school.

EXIT has existed for three years, but this was the first academic year in which the program was institutionalized in SGA along with the creation of the SGA’s Department of Higher Education, according to Mileo.

Johnson said that in pursuing this initiative, SGA has had to be careful not to have their good intentions inadvertently harm high school students.

Johnson said the three schools that are part of the EXIT program are enough right now because that’s all SGA can currently sustain without “reinforcing the disposability of these students that they already experience.”

“I would rather really nurture those schools than to just try to expand just to say that we ‘helped’ a community because that’s not helpful, that’s harmful,” she said.

On Feb. 5, Mileo met with the University Senate to review their constitution with the aim of restructuring the University’s shared governance system and increasing the power of the student voice in University decisions.

“A part of each administration’s duty is to lay the groundwork for the next administration,” Mileo said. “I’m trying to leave the next president with the most agency that any SGA president has had in the sense of being able to operate for the students.”

The meeting did not occur in time for The Towerlight’s print deadline, but we will continue to update readers with any new information.

The SGA website does not feature photos or office hours for any of the members of the executive, legislative and judicial branches of the association. The senators’ voting records are also absent from the website.

Mileo attributed these problems to the SGA’s website crashing every time a member attempts to edit the site, but he said the SGA has hired a specialist to fix the technological issues.

However, Mileo said students can obtain contact information for any member at the front desk of the SGA office. Any student also has the right to audit the SGA’s budget.

Students can find the SGA’s constitution, bylaws and financial policy for student organizations on the SGA website under “Mission and Structure.” Students can find other documents such as waivers, requests and information about Tiger Stripes packages for student groups on Involved@TU under “Campus Links.”

Mileo and Johnson said that change may not be occurring as quickly as some students may desire, but both leaders said they are committed to laying the foundation for systemic changes that future SGA administrations can continue.

“We’re not looking to put Band-Aids on stuff,” Mileo said. “We’re looking to cure the disease.” 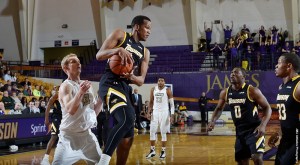 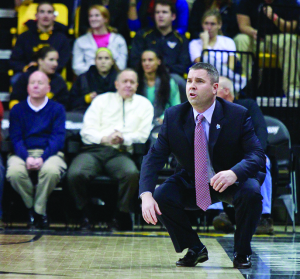