The Tampa Bay Lightning are the 2020 Stanley Cup Champions. More than half the league entered the NHL playoff bubble sites in Edmonton and Toronto, with Tampa Bay being the last one to leave.

Tampa defeated the Dallas Stars in six games, and finally found a way to raise Lord Stanley’s Cup. This road seemed to get longer and longer every season for the Bolts, at some points it may have seemed impossible.

The team continuously had high hopes going into the playoffs and would constantly disappoint. Just last postseason they were swept by the Columbus Blue Jackets, after having quite possibly the best regular season the league has ever seen. They finished with a total of 128 points and won the Presidents Trophy by a landslide.

The team absolutely crumbled in the first round of the playoffs, and their star players went absolutely silent.

Many, including myself, thought this type of heartbreak may destroy this team and expected a steep downfall this season. Although they started somewhat slow, Tampa quickly picked up steam around the All-Star break and began looking like the high flying group they were in years past.

After a global pandemic paused the season, it was interesting to see how the league responded as play resumed. The Lightning didn’t miss a beat, they were the number two seed in the East. They would face the very team that knocked them out the year before in the first round; the Columbus Blue Jackets.

This year looked much different. The Lightning defeated the Jackets in five games, winning the series 4-1. They would go on to beat the Boston Bruins in the second round by the same count.

The Islanders and Stars were both able to muster two victories in their series against the Lightning, but it was always fairly clear who the superior squad was.

This championship seems more like a “finally” than an “oh my god, we did it.” Expectations for Tampa have been sky high for the better part of the last decade.

This team is incredibly deep with talent and has a very young group. Superstar forwards Nikita Kucherov and Brayden Point are only 27 and 24, while their former Norris Trophy winning defenseman Victor Hedman is only 29.

When you account for that along with a bunch of other solid young linesmen to pair with, it’s very likely the Lightning could reel off a few more Cups in the near future.

It seemed to be a bittersweet moment for Tampa’s longtime captain Steven Stamkos. Stamkos was clearly elated by the fact that  the team won the Cup, but was unable to contribute much to their playoff success this season due to injury. He did play in one game during the Cup final and scored a goal, which seemed somewhat symbolic.

Stamkos has been the staple for this Lightning team ever since he first set foot on the ice for them in 2008. It’s nice to see him finally reach the promised land, his contributions were made far beyond just the 2020 playoffs.

With that the 2020 NHL season finally comes to a close, the bubbles are officially popped. The Lightning will begin their championship defense as soon as Jan. 1. As of now, the Cup is in Tampa Bay … finally.

Previous post Miami is the most attractive free agent destination 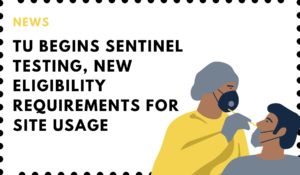