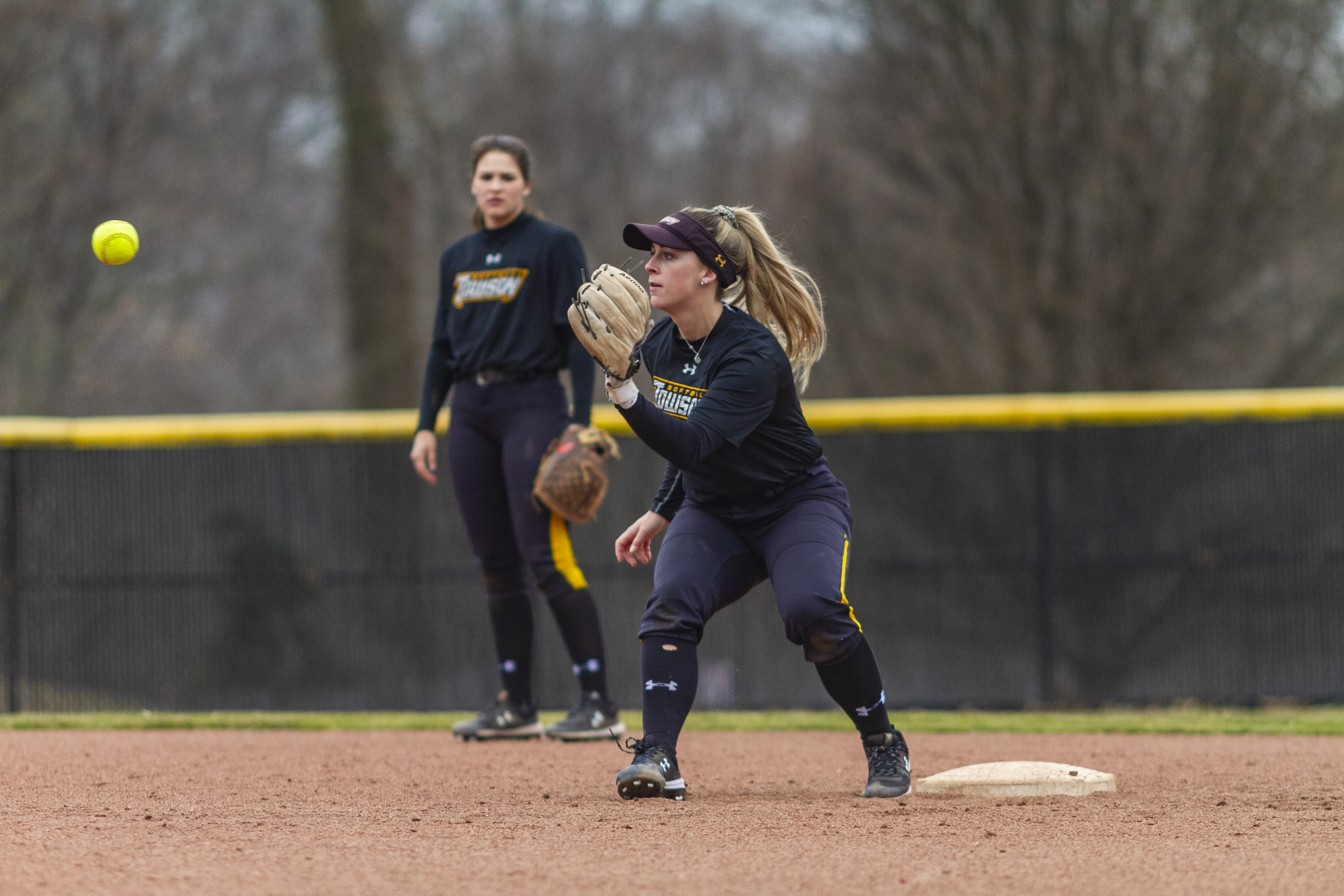 Towson participated in the Winthrop Tournament in Rock Hill, South Carolina last weekend and came away with three victories.

“I just wish we were a little more consistent earlier in the weekend,” Costello said. “We got stronger as the weekend went on though.”

Against Winthrop the Tigers (4-3, 0-0 CAA) took an early 3-0 lead as senior utility Jessica Swistock hit a two-RBI double and would later score on a Houmis base hit. The Eagles (5-5, 0-0 Big South) tied the game in the bottom of the 3rd. Towson responded in the top of the 4th with a two-run triple by sophomore outfielder Nicole Kidwiler and an RBI double by senior second baseman Jaclyn Mounie, to give the Tigers a 6-3 lead.

Both teams exchanged home runs, and heading into the sixth inning Towson led 8-7.

“I was really impressed with our chemistry,” Costello said. “We played very selflessly and with a team-first attitude. Our senior leaders really stepped up.”

“Sam Carson is a very good hitter,” Costello said. “She put together some great at-bats this weekend for us.”

The Tigers fell to  Eastern Kentucky 7-2 before shutting out UNC Greensboro 7-0. Against the Colonels (7-2, 0-0 OVC), Towson did not score until the fifth inning when sophomore pitcher Sara Johnson hit a sacrifice fly. Eastern Kentucky hit a three run home run to take a 5-1 lead in the fifth. Smith-Harrington went deep in the top of the 6th, but the Colonels added two more runs in their victory.

“EKU is a solid team,” Costello said. “They can hit. We just had one bad inning and the game got away from us. We were able to keep up with them for most of the game though.”

The Tigers recovered and took care of UNC Greensboro (3-4, 0-0 SoCon) 7-0, with Smith-Harrington pitching her second straight complete game shutout. Mounie went 2-4 and collected an RBI in the victory.

“We knew going in to the weekend that we were going to be drained physically,” Costello said. “By the time we had gotten to Sunday most of the kids were tired. This is the nature of our season though.”

The Tigers kicked off the weekend with a double header against Boston University and Holy Cross. Against the Terriers (9-1, 0-0 Patriot), Towson fell behind 2-0 in the top of the 1st after surrendering a home run. The Tigers responded in the bottom of the 3rd when senior second baseman Jaclyn Mounie hit an RBI single to second base to make the score 2-1.

In the top of the 5th, Boston would extend their lead with a 3-run home run, but senior utility Jessica Swistock responded with an RBI triple to make it 5-3. Senior utility Julia Smith-Harrington hit an RBI single that brought Towson within a run, but the Tigers came up short 5-4.

“Boston is a solid team,” Costello said. “We just didn’t put it together early. We finally settled in and nearly got them at the end.”

Against the Crusaders (0-5, 0-0 Patriot), Towson was a different team. The Tigers hit two home runs and outhit Holy Cross 12-3 in a 7-0 victory. Smith-Harrington, who pitched a complete game shutout and hit her first home run of the season. She allowed three hits and struck out four batters.

“She is the epitome of a pitcher,” Costello said of Smith Harrington. “She’s also very fun to watch.”

Smith-Harrington’s home run in the bottom of the first opened the scoring for Towson.  Carson went deep in the bottom of the third to give the Tigers a 5-0 lead. Senior first baseman Madison Wilson’s double the following inning led to Towson’s final two runs of the game.

Next up for Towson is the Pirate Invitational Tournament from Friday, Feb. 21 to Sunday, Feb. 23. The Tigers will play East Carolina twice and Pittsburgh. Their first game against ECU is scheduled for Friday, Feb. 21 at 5:30 p.m.

Previous post Does ESPN know that the NHL exists?