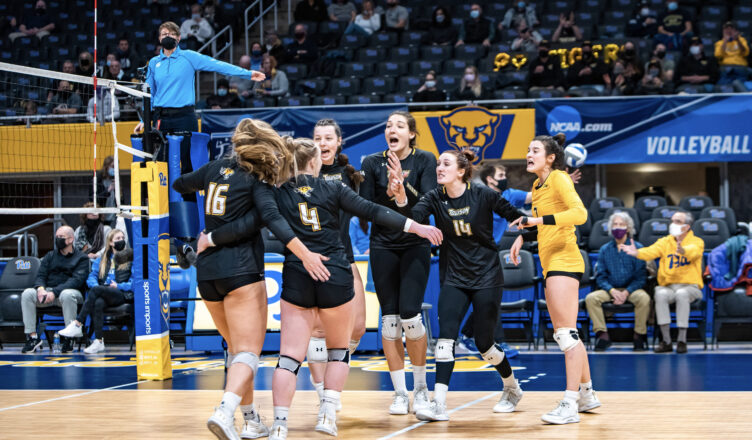 “The biggest challenge for me personally, and I know the team as well, was the pressure put on you as the returning champion to be super successful,” senior outside hitter Emily Jarome said. “We knew all the hard work was going to be worth it and that’s what happened. I think being able to handle the pressure and staying clear-headed and going through your season with as much hope as possible is what brought us to another championship.”

In the championship game against Elon University, the Tigers fell behind 2-0 before recording a reverse sweep by winning the final three sets. In that match, redshirt freshman middle blocker Irbe Lazda led Towson with a career-high 17 kills. Junior defensive specialist Rachel Hess led the Tigers with 23 digs and Jarome finished with 12 digs.

Towson had experience with coming back from a 2-0 deficit earlier in the season. In their Oct. 9 win over the College of Charleston, the Tigers recorded another reverse sweep. It was Towson’s first reverse sweep since 2018 against James Madison University. Head coach Don Metil said that experience helped them complete the comeback against Elon.

“I think calling upon that prior knowledge and experience and belief we can still find a way, multiple people commented that the demeanor in the gym was very calm,” Metil said. “No one was stressed out, we had a level of calmness to us.”

The Tigers earned the CAA’s automatic bid to the NCAA tournament by winning the CAA Championship. They faced no. 15 Penn State in the first round on Dec. 3. This was a rematch of the second-round match in 2019 where the Nittany Lions defeated the Tigers 3-1.

Both Metil and Jarome mentioned how different Towson’s roster is from two years ago. Of the 23 players on the 2021 Tigers, nine  were on the 2019 roster.

“I’m using more a mindset than a physical ability for the second time playing them because our team is so different from the first time we played them,” Jarome said. “Using the mindset of not thinking of them as Penn State but another competitor, knowing if you do everything you can you’ll get the best outcome.”

While Metil and Jarome focused on the differences between the 2019 and 2021 teams, Nikiya Mitchell mentioned the Nittany Lions Big Ten conference schedule. She said their competition makes them a difficult team to face.

“I think Penn State has been playing at a high level their entire season,” Mitchell said. “None of their wins have been given. They’re huge, their size and the competition they bring is going to be our biggest competitor.”

Towson has six seniors along with graduate setter Megan Wilson. This class has produced the most successful three-year run in the program’s last 40 years. Along with winning three consecutive CAA titles, they have also won 78 games as a class. They also set and extended a program record this season with 17 consecutive home wins.

In 2019 the Tigers made their NCAA tournament debut and won their first tournament match 3-2 vs American University. In the final set, Towson overcame a 4-0 run by American that tied the set. The Tigers scored the final three points, two coming off kills.

Metil mentioned how much on-court experience they have in comparison to other classes, and how big of a difference it’s made in the success.

“To their credit, a lot of kids have played a lot of minutes in this program,” Metil said “I think maybe some of those other years where we had senior leadership, but they didn’t carry as much on-court experience. These seniors are very accustomed to winning and winning brings more winning.”

Both Mitchell and Jarome said this senior class has become a family. Mitchell joined the Tigers in 2019 after beginning her career at UMBC.

“It really made us like a family, we just feel like one cohesive unit because of all we’ve been through together,” Mitchell said. “It made winning feel that much more special.”

“Out of all the championships I’ve been lucky to be part of, I think this was the most memorable,” Metil said. “We had some issues with COVID earlier in the season, we went through multiple lineups due to injuries. So for this program to find itself in this position to compete in the big dance that all makes this championship the most special out of all of them.”