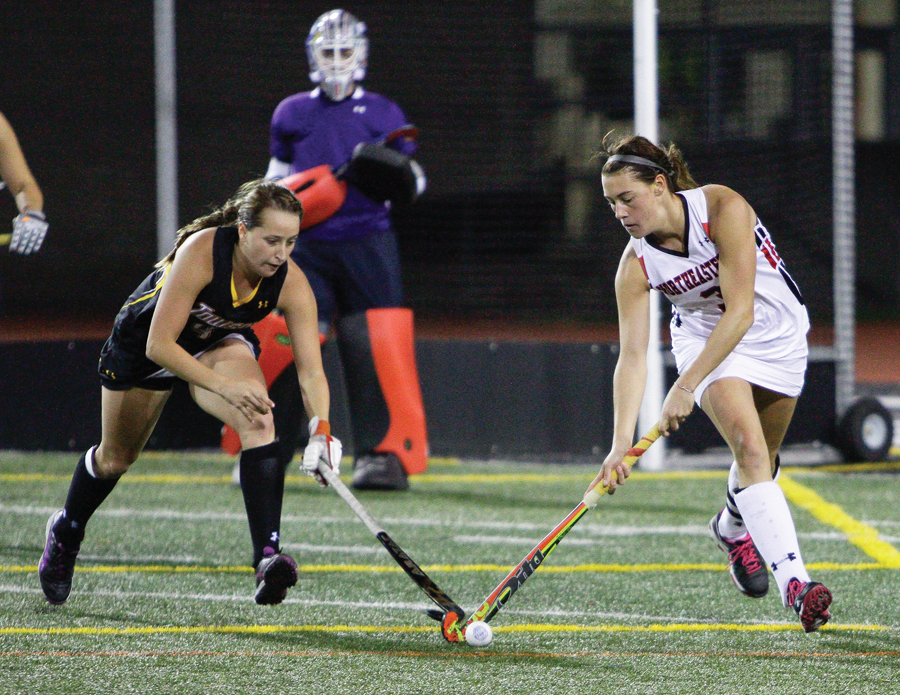 Juniors Morgan Skavdahl and Allie Stauffer both had scoring opportunities early in the game, but Drexel goalkeeper Ainslie Rhoads stopped both attempts to keep the game scoreless.

The Tigers were out shot in the first half again this week.

The Drexel Dragons held a 7-2 shot advantage and 3-1 penalty advantage.

Towson’s goalkeeper, sophomore Emilee Woodall, made four first half saves and this kept the game tied for the second half.

“It was the same game plan as it’s always been,” Head Coach Carly Campana said. “We just executed it better.”

The first points were put on the board in the 51st minute when Drexel’s Alison McCardell got a rebound off of a previous shot attempt and slipped her shot past Woodall.

The best opportunity for Towson in the second half came when Sophomore Taylor Kvilhaug had a penalty chance in the 67th minute but Drexel’s Rhoads stopped her attempt.

Although the Tigers got off six shots in the second half, they were unable to score.

“We just need to capitalize when opportunities are created.” Campana said.

“Emilee is a leader right now,” Campana said. “I’m very much looking forward to her continuing her role come spring season and next fall.”

“It was a solid outing for all seniors,” Campana said. “I wish the team had played like this from the beginning, our record would have been much different. That’s what I wanted for the seniors this year. They helped take this team to the next level of play and they should be very proud of their leadership here.”

The Huskies got out to a fast start, taking a 4-0 advantage just 26 minutes into the game.

However, Towson battled back, scoring three goals to cut the Huskies lead to 4-3.

While the Tigers cut into the big deficit, Northeastern scored two unanswered goals to seal the victory.

Campana is optimistic about the team’s chances next season.

“It’s not just about skill, effort and attitude are big contributors to performance,” Campana said. “The team to begin where we left off at the end of the season, with the understanding that they have to give 110 percent in every play when they are on the ball and when they aren’t.”