The men’s golf team finished third at the Binghamton Fall Invitational this weekend with a total score of 293 in the final day of play on Monday. Monday’s total score was the lowest out of all the teams in the tournament and Towson’s best score of the tournament.

Leading the Tigers was Junior Jimmy Grem, finishing three-under-par (69) to finish second overall in the tournament. Grem has now finished under par in all five events this fall.

In response to his outstanding play this fall, Jimmy Grem has been awarded the honor of ECAC Player of the Month for September.

Coach Brian Yaniger said he is proud of Grem.

“His hard work and dedication over this past summer are paying dividends,” Coach Yaniger said according to towsontigers.com. “The entire team is proud of what he continues to accomplish.”

Senior Ryan Siegler and Freshman Dylan Stein were two more Tigers contributing to the success at Binghamton. Siegler and Stein both shot 74 on Monday and finished in the top twenty of the tournament.

However, the Tiger’s inconsistency on all levels is what Coach Yaniger is most disappointed about.

“Our scores as a team did not match the goals and expectations we set for ourselves,” he said according to towsontigers.com.

The Tigers have finished in the top three for the fifth tournament in a row.

Towson looks to move forward with their consistency amongst all five starting golfers before their next tournament at Whistling Straits Invitational in Chicago next weekend. 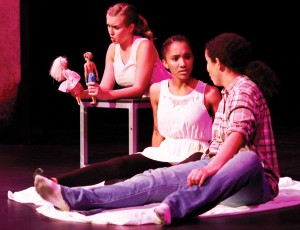