It’s hard to believe we’ve already passed the one year anniversary of the 2016 election, especially since it never seems to end, but that’s beside the point. On Tuesday, Nov. 7, the Americans went to the polls for the first regularly scheduled election of the Trump era, and I would be remiss if I didn’t take the opportunity to analyze what those results mean. Democrats were swept into office across the country from Washington to Virginia. There were major implications for every election, and I encourage you to look at the results, but with a limited number of words at my disposal I will focus primarily on Virginia.

The Virginia governor’s race, and the election as a whole, was very important because it was partially a referendum on President Donald Trump. Most of the polling for the governor’s race between Democrat Ralph Northam and Republican Ed Gillespie showed a tight race. The polling average showed a three point lead for Northam, but this was worrying given the political environment. Clinton had won Virginia by five points in 2016, and the sitting president is a Republican with approval ratings in the mid-30s. For Democrats, a three point lead was not comforting, especially after 2016. Northam ended up winning by almost nine percent, a resounding victory. Gillespie fully embraced Trump era politics by trying to divide Virginians, and pry on their fears of gang violence and immigration. Virginians chose not to fall into this trap and rejected Trump politics.

The Virginia House of Delegates was where I paid the most attention, and where I believe the most analysis should be done. Going into the election, Democrats held only 34 of the 100 seats. Every pundit expected Democrats to make gains, but none expected them to pick up more than seven or eight. Democrats picked up at least 15 seats! The new balance is 49D-48R with three races still too close to call. It is likely that the House of Delegates will be split 50-50, which blew everyone’s expectations out of the water, considering the uphill battle of incumbency and gerrymandering that Democrats faced.

there were many amazing stories out of those elections, but my personal favorite was Danica Roem. Roem became the first openly transgender delegate elected to the Virginia state legislature when she defeated the 13-term Republican Bob Marshall. Marshall was the self-declared “chief homophobe” and intentionally degraded Roem by refusing to debate her and intentionally calling her “him.” The highlight to me is how she handled her identity. She didn’t make it central to her campaign, even though the media tried to. She ran a campaign based on fixing issues for her constituents, such as schools, jobs and traffic. Roem handedly beat Marshall because she ran on the issues and that’s what matters.

So why do the Virginia election results matter? The results in the Virginia House of Delegates are the closest comparison to the 2018 midterms. With Trump’s approval rating hovering in the mid-30s, Democrats needed to capitalize on the frustration Americans have with the administration. By presenting solutions that would actually help Americans, rather than cutting taxes for the wealthy or taking people’s healthcare away, Democrats have a promising future ahead of them in 2018 and 2020. 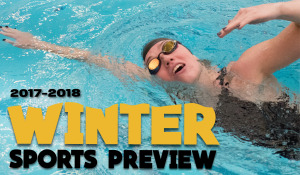