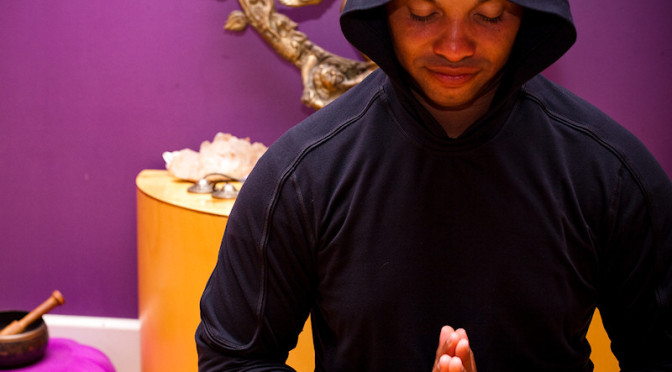 While most yoga streaming platform organizations concentrate on a single niche, Sid Yoga has had a wealth of content across all levels of difficulty for over 12 years.

“It started because I was coaching Morgan State’s football team through yoga and after that, people started asking me to teach it all over,” founder Sid McNairy said.

McNairy started meditating at eight years old and stuck with it through high school, college and beyond. After he suffered from a painful ankle injury, he realized that yoga could be used as a recovery tool, not just a rejuvenating escape.

“To heal my injury, I incorporated an actual yoga Asana practice,” he said. “When I was able to find peace in my body from my injury, I thought how do I find more peace in my life? And yoga helped me to create these things.”

Sid Yoga teaches all levels of yoga proficiency. From beginners to experts, there is a class crafted specifically for each individual’s ability and aptitude.

“It’s said you stop being a beginner in yoga thirty years later,” McNairy said. “You know, I’ve been practicing yoga for twenty years and I’m still very much a beginner in my own body.”

McNairy explained that in the U.S., yoga is not acknowledged the ways in which it is practiced, because it was not called yoga until somewhat recently.

“A lot of what we do here in our studio is related to gymnastics,” he said. “So after this was introduced as yoga, people started bringing themselves into it.”

Sid Yoga is still expanding, and there are now locations in Towson, Federal Hill, Boston and York, Pennsylvania. Some people that have trained in Sid Yoga studios and have been influenced by the classes take the brand and put it in other places.

“When a person gets on the mat, and they really let go, that’s when yoga takes full effect,” he said. “It’s an intuitive practice that allows your mind to open.”

Each of Sid Yoga’s studios teach the Nahi Warrior Flow, which is an athletic approach to yoga and is compared to a flowing dance. Restore and Renew (post injury recovery), Super Adult Yoga, Meditation, Kids yoga as well as Foundations and Alignment classes are also offered.

Located a short, ten-minute walk away from Towson’s campus, Sid Yoga on 321 York Road aspires to become the destination for all Towson students as an oasis to move away from their current affairs and worries.

“We’ve had a lot of students come here over the years and the results of their well-being improved dramatically,” he said. “We’ve had Towson’s gymnastics team here, the men’s basketball team and the softball team, too.”

Sid Yoga is a company that falls into a donation-based system category. Their belief is that “no matter what level of income you have, we want to make sure everybody can get into yoga.”

“We have what’s called ‘no limits’, which are two great classes for students because it means you pay what you can pay,” he said. “We like to think that if someone likes to go to Starbucks, they should be able to afford yoga, and if you spend $5-$10 towards yoga, that’s going to benefit you more than spending $5-$10 in Starbucks.”