Towson’s Greek Life community got a little bigger with the addition the new fraternity Chi Phi. Chi Phi has just arrived to campus this semester, and although they have only 24 founding fathers so far, they have big goals.

On a smaller scale, Chi Phi is looking to create solid ground for the group and its members.

“We’re in a very foundational stage, we’re looking to make ourselves known,” Day said. “We started under a common thread of service, so externally our goal is service but internally it’s to get to know each other.”

The fraternity was brought together by Chi Phi expansion experts after the national office came to Towson to find the ideal fraternity brother.

“The Chi Phi national office came and asked sororities what they wanted to see in a fraternity brother and then asked for students with those characteristics,” Day said.

Chi Phi strives to expand positivity and make a difference for Towson.

“I think that if there was one word to describe Chi Phi, it would be impact. We are looking to impact our community, and each other in positive ways,” new member educator Sean Donnelly said. “College is a developmental time, where everyone really starts to come into their own as a person–and we all need a little help along the way. Through our brotherhood we can help to build each other up so that we can be the best that we can be.”

Originally the fraternity was founded in 1824 at Princeton and their mission is still “to build better men through lifelong friendships, leadership opportunities, and character development.”

While recruiting new members for this chapter, ambition was a core characteristic they were looking for.

“We looked for guys who shared in the ideals of brotherhood and the desire to do something bigger,” Day said.

Towson’s Chi Phi is already starting to have an impact. Before they were fully formed, they were involved in several campus cleanup projects as part of the Adopt a Campus Program.

This semester, the fraternity participated in the Town and Gown event and is still involved in local projects to benefit the campus and community.

Beyond philanthropy in Towson, the fraternity also supports The Boys and Girls Club of America.

“There is something to be said about strength in numbers,” Donnelly said. “Chi Phi gives us the ability to make a lasting impact through the strength that we have together as brothers.”

Chi Phi is strives to be a band of brothers who want to positively impact not just the community, but also each other.

“Every person that lives here, works here, or goes to school here is someway involved and impacting others around them,” Donnelly said. “The question then is, how are we impacting our surroundings? Is it passive or active interaction? Chi Phi provides an organization and a structure to help coordinate initiatives to get out and get involved”

If you are interested in becoming involved with Chi Phi, contact their president Alexander Day at aday3@students.towson.edu. 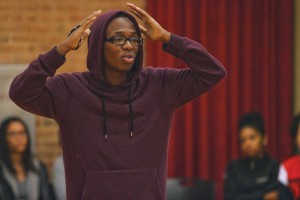