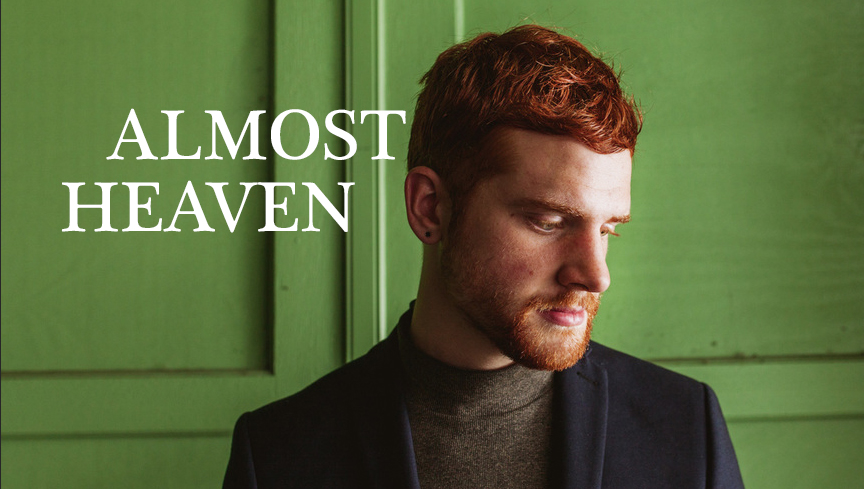 Jeremiah Lloyd Harmon finally nailed down his routine at his job as a church janitor.

Harmon ended every single day entering the office of his father’s church in Baltimore, grabbing his necessary supplies and tools to get to work. He would head up a flight of stairs to the Sunday school rooms of the church where he was in charge of keeping things tidy for the church’s youth. He repeated his cleaning duties on the lower level of the church, before making his way to the gymnasium and fellowship hall to clean as well.

Every part of the job was simple and peaceful, but Harmon found that his favorite part was cleaning the auditorium.

The auditorium of the church held fluorescent lights, vast church seating and a large cross to honor in the place of worship. Unlike the other rooms, however, the auditorium also held pianos.

Whenever Harmon got the chance, he took a break from his cleaning to sit down at these instruments and express himself, musically. His strong, soulful voice filled the open and empty space of the church during the nighttime.

“If you really think about it,” Harmon said, “I wasn’t the best janitor, to be honest.”

Harmon’s janitorial skills may have come into question, but his musical skills came to light, after the 26-year-old made his way onto 2019’s season of “American Idol.”

Episodes of his initial audition with celebrity judges Katy Perry, Lionel Richie and Luke Bryan, as well as his Hollywood Week performance, have since gone viral and have helped Harmon to already earn mass support from the show’s viewers.

“Hello Mr. Jeremiah,” wrote Twitter user @SmithBermas to Harmon after his initial performance aired. “You are an impeccable artist. Is #TeamJer the name of your fanbase? I volunteer as a President.”

That tweet was just one of many from users who shared their sentiments towards the artist’s appearance on “American Idol.” Idol judge Katy Perry also tweeted at the music hopeful following the airing of his episode.

“You are as beautiful as you feel @JLloydHarmon,” Perry tweeted. “The room was certainly feeling that performance! I’m here for you, friend.”

Harmon admitted to being caught off guard to how well his audition was received.

“I was definitely surprised,” Harmon said. “There was a kind of long pause after my audition, and I didn’t know if [the judges] were reflecting on what they had just heard or simply hated it. I was overwhelmed by the positive response. I was glad I had taken that risk to perform an original song in front of the judges.’

Harmon’s original song, “Almost Heaven,” was one of the main aspects that set his audition apart from the rest, aside from his vocal skills. The song, which was named after a café he passed while taking a trip to West Virginia, was written as a way for Harmon to acknowledge his struggles with homosexuality and religion.

Harmon’s connection to church isn’t just occupational – his father serves as the church’s preacher. Growing up as a “pastor’s kid,” the church became a large part of Harmon’s environment. Writing music was a way for Harmon to find a balance between his beliefs and his identity

“I was sort of processing a lot about this idea of ‘Where do I belong?’ and ‘Is there a place in heaven for me?’” Harmon said. “‘Almost Heaven’ is asking those questions. It touches on spirituality and also feeling like there’s a place I might not belong, I’m different. That song kind of explores that theme.”

Despite Harmon’s initial challenges of finding understanding and acceptance within his church community, he spoke on the tremendous amount of support he has received from from community members since he came to Towson as a transfer student from Virginia.

“I’m so happy for him,” Collister said. “He’s just amazing; his voice is so beautiful and he seems so poised and confident. I really feel like he opened himself up and we really get to see who is on the show.”

Collister also spoke on how Towson works to shape students like Harmon, in order for them to reach their fullest potential.

“I feel like the Towson music department has really allowed him to grow and flourish,” Collister said. “He’s been given permission to be himself and also to explore the many talents that he has. We’re not trying to pigeon-hole him and make him into a certain kind of singer. I like to think we give that freedom to all of our students.”

Leneida Crawford, Harmon’s music advisor, foresees him getting far in the competition.

“I think he’s been the best so far, and I’m being sincere,” Crawford said.  “He’s consistently good, he’s consistently genuine. He came [to Towson] very well trained, with a naturally beautiful and easy voice and we all have enjoyed him. No matter what happens from now on with Jeremiah, the fact that he’s gotten so far will be great for him for the rest of his career.”

Harmon hopes to do well in the “American Idol” competition, but shared that despite how it ends, he ultimately plans to return to Towson eventually to finish his collegiate career.

For music hopefuls, Harmon stressed the importance of leaving fear in the past.

“Don’t be afraid to take risks with your music, whether that’s playing a gig you don’t think you’ll land or going for an audition,” Harmon said. “Don’t be afraid to put yourself out there. Take risks, and try to be as authentic as you can. Be true to yourself. I’ve seen a lot of benefit by living according to that policy.”

Harmon will continue his “American Idol” journey as one of this season’s Top 20 contestants. Episodes air every Sunday at 8 pm EST, on ABC.