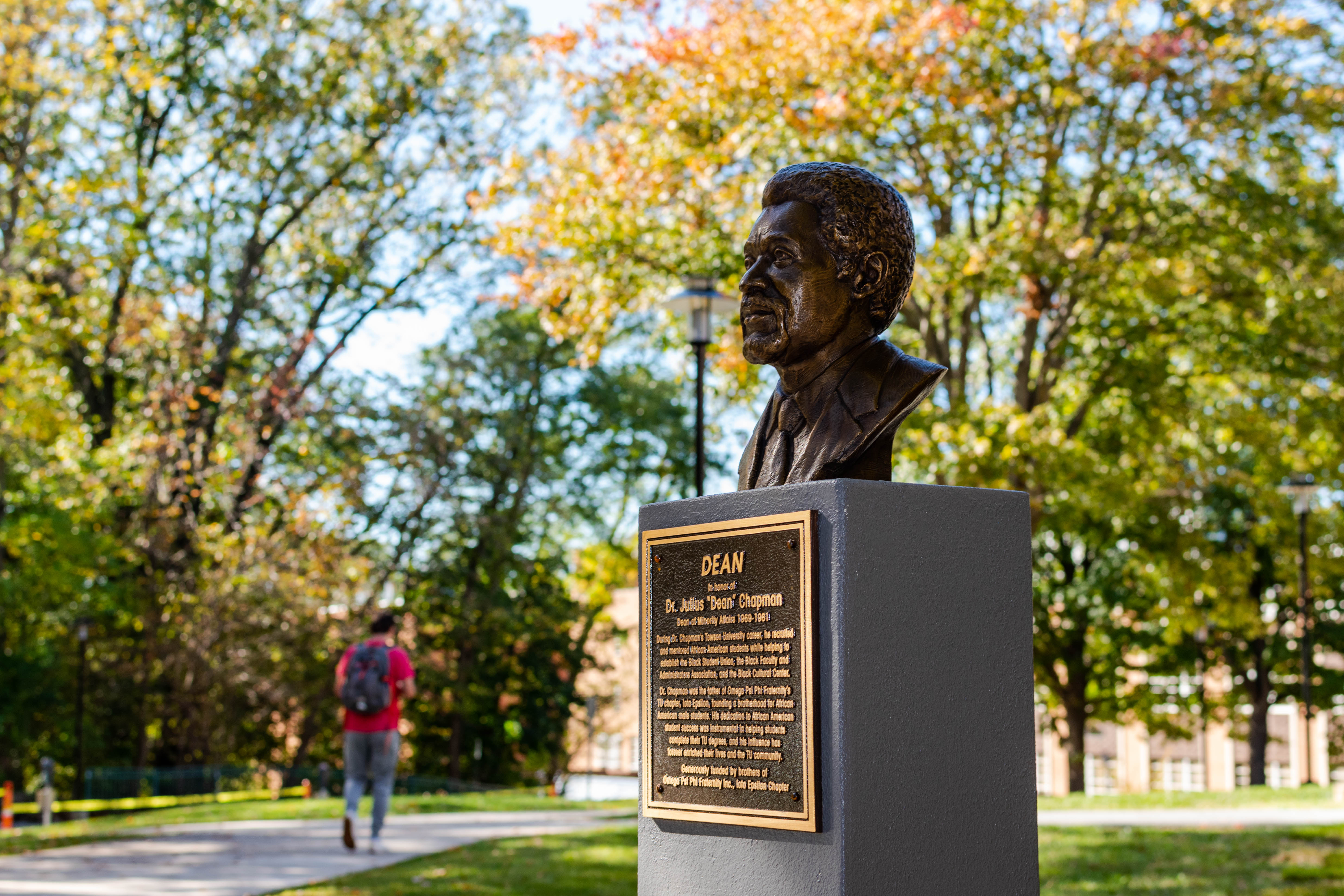 Julius Chapman, Towson University’s first dean of minority affairs, was surprised with a bronze bust of himself and an announcement of a new park quad dedicated to him on campus Saturday.

The bust, funded by the brothers of the Omega Psi Phi Fraternity, was unveiled outside of the Media Center, next to a bench that was also dedicated to Chapman on last year’s Homecoming weekend.

President Schatzel said that Stephen’s Annex across from the new bust of Chapman will be torn down in the coming year. According to Schatzel, the new park quad will be dedicated to Chapman as the Dr. Chapman Quad.

“So forever and ever, we’re going to have students hanging out, sitting, enjoying, learning, talking, being friends, enjoying a gorgeous day like today and they will be in the Dr. Chapman Quad,” Schatzel said.

“By unveiling the bust of Dr. Julius Chapman, financed by the Omega Psi Phi fraternity…we hereby immortalize the foundation of diversity and inclusion of the African American diaspora at Towson University,” said Cypress Jr. “The brothers of our epsilon chapter are indebted to brother Dr. Julius Chapman for his guidance, mentorship and friendship which is truly essential to us all.”

Chapman was also the father of Omega Psi Phi Fraternity’s TU chapter, Iota Epsilon in which he dedicated his time to a brotherhood for African-American male students.

Chapman also helped to establish the Black Student Union, the Black Faculty and Administrators Association, and the Black Cultural Center on TU’s campus all while being an important mentor to African American students.

“Dean Chapman is my heart,” said Jennifer Allen, a class of ’81 graduate and past employee in affairs with Chapman. “He’s got a lot of us through Towson back in the 70s and 80s. I would do anything, anything for Dean Chapman.”

According to King, the bust was unveiled not only to celebrate Chapman, but to “encourage African-American alumni to be committed to this university” as it has widely developed in diversity.

TU Vice President of Inclusion and Equity Leah Cox spoke at the bust unveiling about Chapman’s achievements and how “the programs that [he] created for black students actually benefited all students…and now TU seeks to follow [his] lead in its quest to become a more inclusive and equitable institution.”

“The recognition of Dr. Chapman is an acknowledgment of someone who has shaped the campus in many ways that has created the diverse and inclusive campus we are experiencing today,” said Cox. “To have created a space and programs that allowed students to feel welcome in an environment that was not always welcoming is tremendous.”

According to Cox, Towson also now celebrates a zero percent achievement gap for minority students on campus, meaning that “they enjoy the same academic success and graduation rates as the entire campus.”

“This is the story of how Towson State College grew from a segregated, traditional white institution, to the culturally diverse, multiethnic, comprehensive Towson University,” Cypress, Jr. said.

According to King, the bust for Chapman has been in the works for about a year, since last Homecoming. King was one of the primary organizers, alongside TU’s Alison Armstrong and Brian DeFilippis. King thanked TU President Kim Schatzel for being a “transformative leader” to Towson University and its diversity.

“[This is] the perfect triangulation of three of us, the ideal person to honor, great leadership team to pull it off, but the perfect leader of this university to make it happen,” King said. “There was a time in my lifetime where this day would have never happened on this university…but because of you [Schatzel]…we’re standing here today. You are a cultural change at this time.”

Schatzel also spoke at the bust unveiling, thanking Chapman for the foundation he built and the legacy he has left in Towson’s community for a more diverse future.

Chapman thanked all at the event for the recognition that was given to him.

“I am just honored that you have honored me, and I hope that the time that I spent with you tremendously at Towson was one that was motivating to help you achieve your goals,” Chapman said. 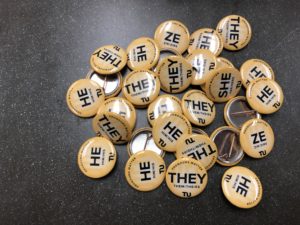 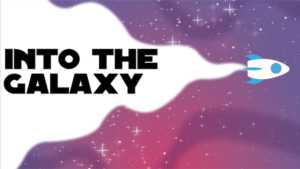