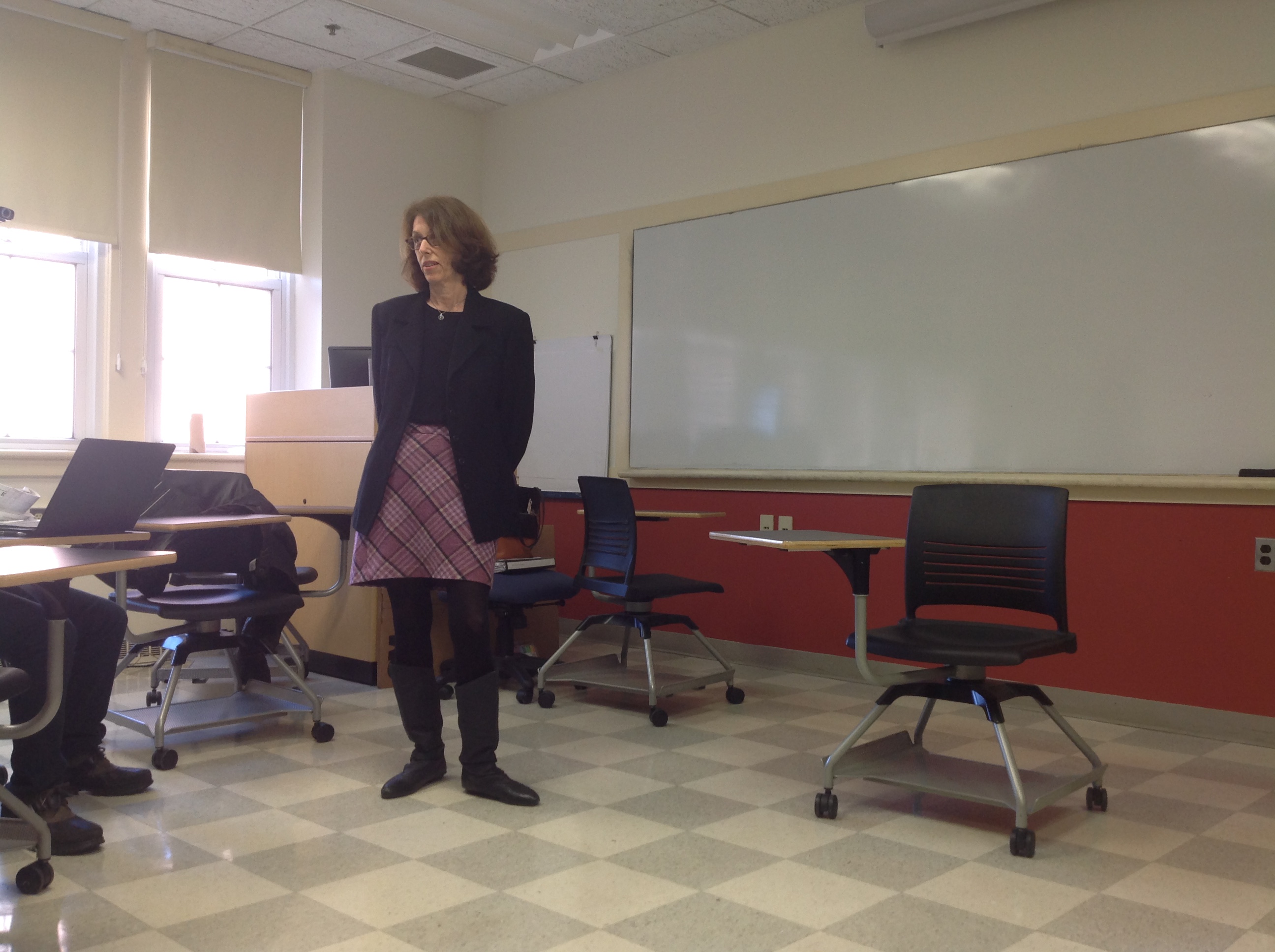 On Oct. 28, founder and CEO of verb8tm Ellyn Sheffield spoke as part of the Fireside Chat Entrepreneurship series in Stephens Hall, sponsored by the College of Business and Economics.

When verb8tm, a caption transcript company, was founded, Towson and NPR were its only clients. NPR brought them on board because they wanted to provide captioning for the deaf through radio. Later, NPR severed ties with verb8tm and soon the company was left to find more clients.

During her presentation, Sheffield explained that a CEO, or chief executive officer, is “the face of the company.”

As CEO of her own company, Sheffield spends most of the day listening to customers, employees and investors. She also spends time analyzing, creating and allowing employees to understand how to shape the company.

She also mentioned that she doesn’t like to fire employees, so every employee is given a manual of expectations to mimic the Google company model. That way a person will be able to decide if verb8tm is the right place for them.

Sheffield discussed how NPR approached her company to do live fact-checking during the latest presidential debate, which later led to a large boost in web searches for the company.

She then gave advice on starting a business. Sheffield mentioned how verb8tm became disruptive to the market. Eventually, competition appeared and the company had to find a way to compete and survive.

“You’re going to work 23 hours a day as an entrepreneur so exercise and eat well,” Sheffield said.