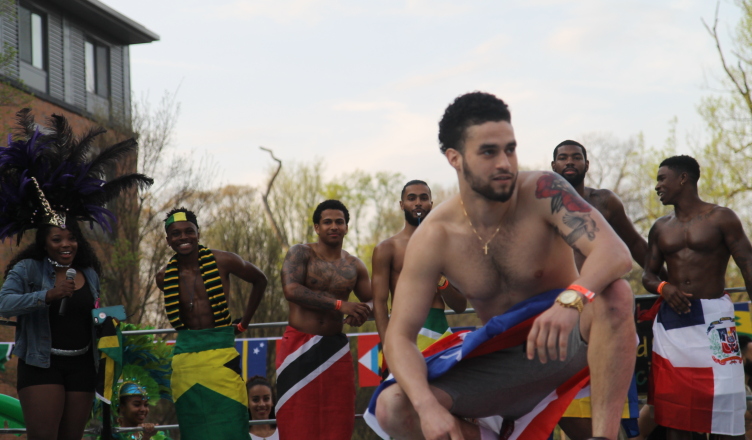 Editor’s note: This article, as it originally appeared, featured an inappropriate, insensitive and problematic description of the CSA’s event. This happened for a few reasons but, ultimately, the buck stops with me, as The Towerlight’s editor. I’m deeply sorry for the way that we portrayed the CSA’s event. – C.B.

Students near the West Village lawn Saturday night might have seen stilt walkers, heard Caribbean music or smelled traditional Caribbean cuisine as the Caribbean Student Association (CSA) and Hope of Guinea turned the area into a Caribbean carnival during its annual cultural celebration.

“[I wanted this] to be a safe event for Caribbean students,” CSA president Chelsea Rose said.

Moko jumbies hyped up the crowd with their jaw-dropping, stilt-walking moves and their invitation to audience members to join them in dance.

More Caribbean color and culture shined through as some of Towson students took to the stage to model Richards Carnival’s designs. Based out of Washington D.C., Carnival’s flashy apparel dripped with jewels and dazzled the crowd.

The moment that everyone was waiting for was when the guys from “Mon Crush Monday” — a Caribbean spin off of “man crush Monday” — came out sporting flags from different Caribbean countries.

After the performances ended, people rushed to the food stations to enjoy the Caribbean cuisine. As sophomore Anthony White put it, the food was “hitting.”

A full-blown dance party followed the dinner as string lights lit the West Village lawn, and WV residents came out to join the party and showcase their own dance moves.

Rose said that the CSA had an important purpose.

“I wanted the Caribbean students [on campus] to feel as at home as possible,” she said.