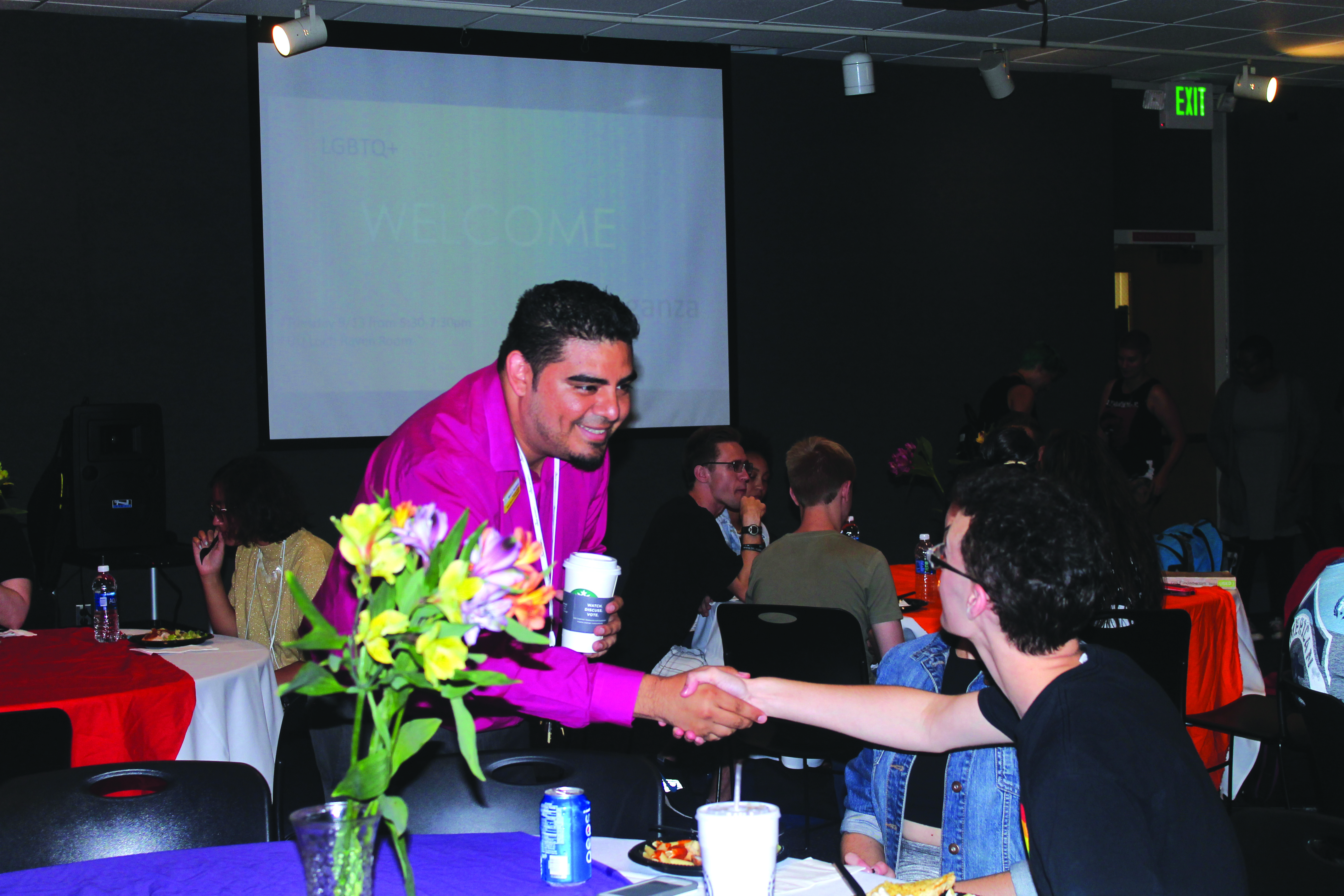 The LGBTQ+ Extravaganza, hosted by the Center for Student Diversity, provided an opportunity for networking between students, faculty and staff to make friends and find people to relate to Sept. 13.

“It’s important because it builds community between underrepresented individuals,” CSD graduate assistant Ryan Padgett said. “This type of event supports inclusion. It’s open to anyone on campus which includes LGBTQ+ members and their allies.”

CSD Associate Director Mario Rodriguez said they wanted the extravaganza to be a welcoming space for everyone.

“Everyone needs to find their community and people who understand them,” sophomore Rylie Dufresne said. “Events like these help.”

Faculty members were present at the gathering to offer support to students.

The Extravaganza welcomed freshmen and encouraged them to get involved, which is especially important as they try to find their place around campus.

“When I was in high school I barely had any friends or people I could take to,” freshman Ariana Meinster said “[These] events give students a place to meet people who share the same values and interests.”

The extravaganza was more so a get together than an activism event, but by attending, students were also able to find ways into other groups like Queer Student Union and In The Life. Queer Student Union specifically partners with outside groups like Gay Lesbian and Straight Education Network (GLSEN) to make activities for gay/straight alliance  groups in high schools.

According to Rodriguez, it’s important that people give back by using their voice in and outside of the Towson community.