This week, President Donald Trump officially stated that he may pause efforts to repeal the Affordable Care Act until after 2020. The announcement comes after many years of political opposition to the legislation since its enactment in 2010. Now, nine years on, Republicans have remained unsuccessful at repealing it despite controlling all major branches of government and seem to have no effective plan in place. So why this sudden change in tone from a president who made repealing this law a top priority on his campaign trail?

To further examine this question, we must first recognize what this law has done to help millions of people, along with the many Republican efforts to repeal it. For starters, it should be noted that Obamacare has provided affordable health insurance to some twenty-million Americans. Through taxing big insurance companies and top one percent earners, the Affordable Care Act has successfully made good care at a fair price a reality for many impoverished Americans.

Additionally, Obamacare added provisions that make it so individuals with pre-existing conditions cannot be denied health insurance because they are already sick or have certain health issues. Furthermore, this law makes it so that kids can remain on their parent’s insurance plans until they are 26 years old. This is so young people straight out of college can begin paying off loans and settling down before going into an open enrollment period of 60 days where they can find an insurance plan that best suits them.

Despite the many benefits this law has proven to offer, Republicans have remained adamant to repeal it. This is due to the hysteria around the idea of socialized medicine in America. However, what Republicans fail to acknowledge is that repealing the Affordable Care Act would actually increase the deficit, something Obamacare never did despite providing government subsidized healthcare. Originally, Republicans offered the idea of “repeal and replace,” however, after many years of failing to sell Americans on their detrimental replacement plans, they instead simplified this effort by just trying to repeal the law.

Still, many moderate Republicans joined Democrats in blocking these attempts, which would strip coverage from millions and end the provisions that have gained public support such as covering pre-existing conditions and the 26 year old age limit. In 2017, Republicans passed “The American Healthcare Act of 2017,” otherwise known as “Trumpcare.” Rather than fix what they called a broken system, this bill instead stripped an estimated 22 million people of healthcare by getting rid of individual and employer mandates.

Additionally, Trumpcare hiked premiums on older Americans at a rate of five times more than their younger counterparts. To pay for this legislation, Republicans will cut nearly $834 billion in Medicaid over 10 years that assists many Americans in paying for a variety of needed medical services obtained under Obamacare.

So, instead of the repeal and replace plan that Republicans have promised for years, all that has been achieved are a variety of partial repeals of Obamacare provisions and various cuts in services that many Americans depend on. Rather than cutting premium costs, Republican policy has instead led to a greater gap in healthcare inequality and raised premiums for those who weren’t already kicked off their insurance plans under Trumpcare.

With such a botched effort at Republican healthcare reform, it’s no wonder moderates have shied away from any full repeal on Obamacare.

This is because many Americans like the idea of covering pre-existing conditions, providing a more certain future for their kids, and having access to needed medications that may otherwise be unaffordable.

Before Republicans can even discuss repealing Obamacare, they should get serious about bringing real solutions to the table, and offer Americans a realistic alternative. With all the damage that Trumpcare has caused, it’s no wonder Republicans don’t want to discuss healthcare any further until after the 2020 election.

After all, stripping affordable healthcare away from millions of Americans and adding to the deficit is not a solid platform message to stand on. 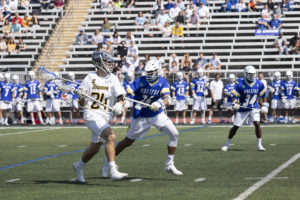 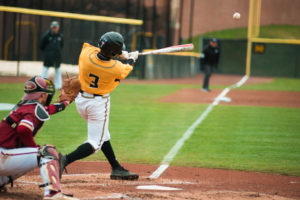