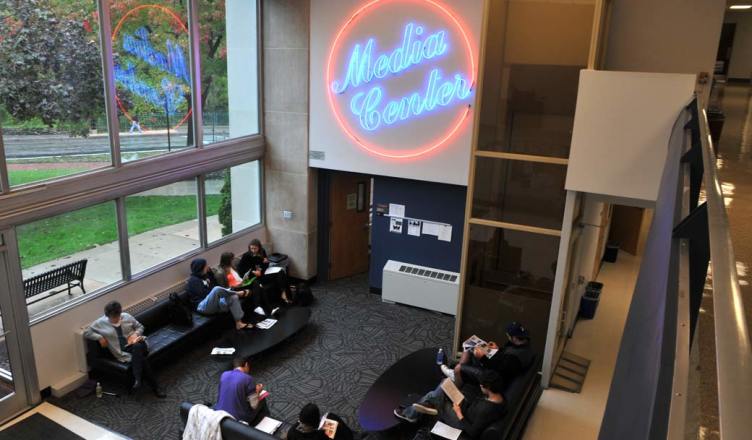 According to Communications Studies Chair Jennifer Potter, the two departments had been discussing the change for a few years. The groups, Potter said, were evolving and becoming increasingly distinguishable from one another.

“A couple of years ago, the communication studies faculty were sort of having this conversation about the way in which the disciplines of communications studies and mass communications have become really distinct,” Potter said. “So we started really talking about how it is that these two really different things could still kind of coexist as one department and it was becoming sort of more and more difficult, both on a practical level and a philosophical level.”

The Mass Communications Department Chair Jung-Sook Lee said that though the split has been “in discussions for over a year, it took awhile for the university approval for reconstruction [of the departments].”

The differences, according to Potter, are that mass communications is a more focused track meant for students who know exactly what they want to do whereas communications studies is a much broader major program.

“[Communications studies is] just really expensive and so we talk about how communication studies as a major prepares students for a lot of different kinds of work,” said Potter.

One of the reasons for the split, according to the chair members, was that the department was very large, making it difficult for either department to push its own initiatives. For Lee, the initiatives to be pushed are updating the curriculum for incoming students, and allowing current students to participate in the change should the choose to.

“We feel like we are not quite caught up with the changes and to prepare our students for the next five [to] 10 years,” said Lee. “That’s the biggest discussion that’s taking place right now. So as a new department, we’ll be able to focus our energy really in a very concentrated way to really innovate our curriculum, and that will be a very positive change for our students.”

Potter also touched on curriculum changes for future students, but for the communication studies department, their biggest initiative will be their new Public Communications Center which is launching this fall. The center, according to Potter, will be a place where students can go to get help on presentations and speeches from upper level communications students.

“When you’ve got this large department and everybody wants to do cool things, there’s always a list of priorities,” said Potter. “Having our own department allows us as a comm faculty to say this is our priority. This Public Communications Center is our priority, and so we can push it forward.”

Potter also believes that the split will help bring more individual recognition to the communications studies major as well, helping to give students their own identity.

“Part of the real motivation for comm studies faculty is that for most people on campus, mass comm comm studies was known as mass comm,” Potter said. “Everywhere I went, for example, I would always be introduced as ‘oh this is Dr. Potter from mass comm’ and I was like ‘no I’m from communication studies I don’t do mass comm.’”

Though the departments are splitting and allowing for, neither chair member expects there to be large changes to current student life, as major curriculum changes won’t go into effect for students currently tracking either major.

“From the students perspective there would really be no difference, especially on the mass comm side at least, not immediately,” said Lee.

The biggest changes that students should expect to feel at the moment, Potter said, are going to be changes in advising.

“It allows students, I think, to know their faculty better,” Potter said. “Particularly when it comes to advising.”

“Comm students will be advised by com faculty, so the goal is that creates a much stronger relationship between students and faculty to kind of build what are students interests how does that relate to particular faculty interests,” Potter said.

Andrea Herb, a mass communications student, said that the spilt, besides an advisor change hadn’t affected her.

“Ideally I think that there should be more individual focused paid towards both departments,” Herb said. “Now there’s a split, professors will be able to spend more time focusing on comm studies or mass comm.”