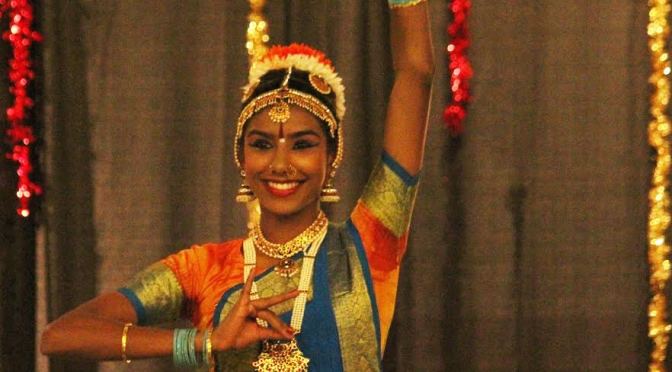 The Towson University South Asian Student Association (SASA) celebrated its annual Diwali, or Hindu “Festival of Lights” on Friday in the West Village Ballrooms with a sold-out crowd.

Spiritually, SASA member Anisha Sharma said, the celebration signifies good over evil, and its relevance is as large as Christmas in America. They also explained the different ways in which Jains and Sikhs celebrate the festival which is held in the autumn. The event was kicked off with a puja, or prayer, and the lighting of candles.

The Diwali celebration sold out well in advance, and over 300 people attended.

“We had our first sold out event. People were texting us for tickets,” SASA Vice President Priyanka Mohindra said

“We didn’t sell out last year and it was in the Potomac, so half of it was empty,”  SASA President Rijaa Shoukat said. “We put a video of us playing as ‘Full House’ characters to advertise and it got 1,000 views.”

Senior Faras Aamir performed under the stage name Faro$ty and delivered a series of cultural hip-hop segments with Urdu and Punjabi mixed in.

Other groups blended traditional music in with dance. One duo mixed in ankle bells with their routine. Some performances were theatrical and utilized the music to create a dramatic atmosphere to leave the audience in suspense.

Each act represented different cultures and had different forms of clothing, from dresses to veils. With some of the performances, there was a mesmerizing flash of reds and blacks, yellows and blues as the dancers followed through their routines.

Audience members enjoyed the festivities as well. For the last hour of the event, the crowd was invited to a free-for-all dance at the front of the room. Half of the attendees rushed the stage while the other waited in line for delicious traditional food.

“I think it was really successful, we had almost twice as many people as last year,” SASA Recruitment Chair and Student Liaison Shehryar Hussain said. “We did a good job getting it out and marketing.”

“This was my first Diwali,” Prashant Gurung said. “I’m an only child and the Nepali Tihar [version of Diwali] is celebrated with siblings, so this is my first time celebrating in eight years.”

SASA has a few more events lined up for the semester. One will be a Bollywood movie night which is open to everyone, and the other is their SASA Formal on Dec. 3, but is only open to SASA members.

“I want to thank everyone that came out and made this, it’s nothing without the crowd,” Hussain said. 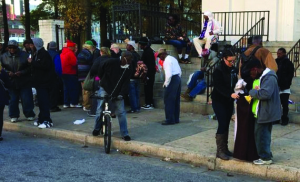 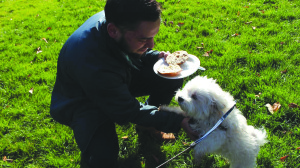 Next post Frats paws for a cause
Editor in Chief