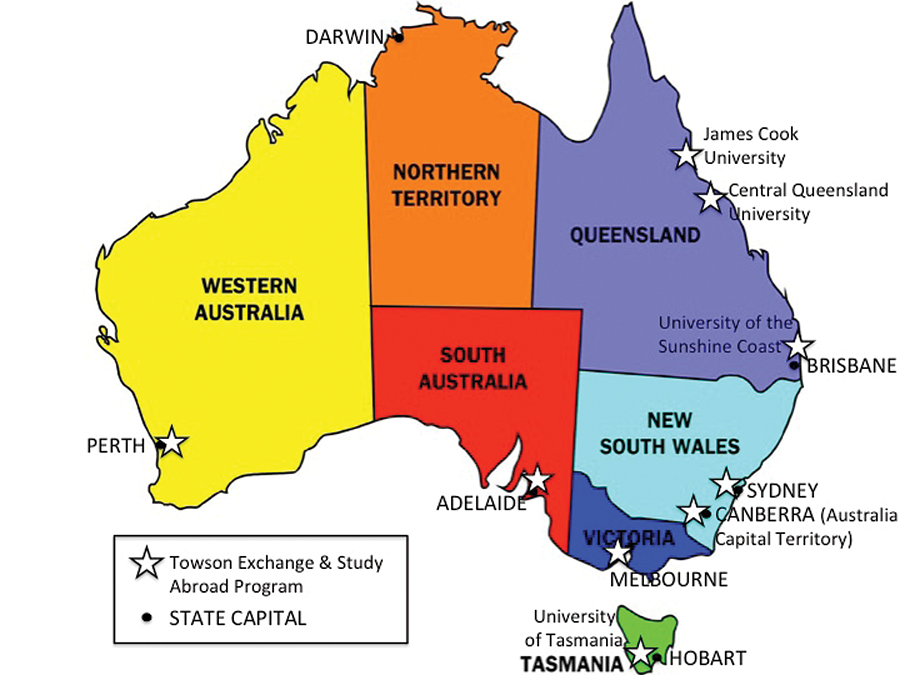 Today I’m going to share a few ‘fun facts’ about Australia. Many people do not realize how large Australia is, but it is roughly the same size as the United States. Travelling from the East Coast (e.g. Sydney) to the West Coast (e.g. Perth) is roughly the same as from New York to Los Angeles. However, in terms of population, we have a mere 23 million people – 3 million fewer than Texas. Much of inland and northern Australia is a scarcely populated desert.

It is currently mid-summer in Australia, with temperatures ranging from 20 degrees Celsius (around 60-70 degrees Fahrenheit) in the most southerly parts to up to 40 degrees Celsius or more (over 100 degrees Fahrenheit) in the outback and farther north. Put it this way: if I was back home right now and didn’t have homework to do or articles to write, I’d darn sure be on a beach somewhere sunbaking or surfing!

The Australian Aboriginals are the traditional inhabitants and one of the oldest living populations in the world. Aboriginal culture could be as old as 80,000 years. Aboriginals have a rich cultural heritage including traditional art, dance, languages, foods and spirituality. Initially there were over 200 discrete languages and 600 dialects spoken in different parts of the country. Now only 60 languages are in use as a first language.

The capital of Australia is Canberra, not Sydney, as is commonly thought. The story goes that Sydney and Melbourne were in constant dispute over which city ought be the capital. In an effort to keep the peace, the government of the day built an entirely new city to be the capital halfway between the two. Fun Fact: Canberra held a city design competition in 1911. The winner was Illinois-born architect, Walter Burley Griffin.

My home school is the University of Tasmania (UTAS), in Hobart. UTAS is one of a handful of Australian study abroad partners with Towson. If you are interested in studying abroad, head to Towson’s study abroad website or one of the regular information sessions held during the week.

Questions? Comments? Email me at towerlightarts@gmail.com.