When Towson junior Oumou Diallo returned from LeaderShape in 2014 she brought home with her a vision of empowering kids for a better education.

Diallo is now the founder and president of the student group Hope of Guinea, a nonprofit organization that helps underprivileged kids in the African country of Guinea.

“I came up with the idea to create it because there were some people on campus who were interested in the idea,” Diallo said.

“We raise funds, do clothing drives and do anything we can to support the international organization about their mission to sponsor kids from primary school to high school,” Diallo said.

Diallo and the rest of Hope of Guinea even had the opportunity to attend the Clinton Global Initiative. This initiative of the Clinton Foundation is a meeting of the world’s leaders to come up with possible solutions to the world’s most pressing problems.

“We were entered into a commitment challenge to see who can raise the most funds in two weeks and Hope of Guinea won the challenge by raising $6,000 to go toward our commitment,” Diallo said.

Their commitment entails building a community center in Ratoma, Guinea. This would, “have an education side as well as decrease the illiteracy rate, increase jobs by having workshops and job trainings and have a self-sustainable garden,” Diallo said.

Construction on the community center is set to begin at the end of 2017.

Since the on campus organization started, they have grown dramatically. They now have eight executive board positions and over 30 committee members.

The organization is divided into three pillars: education, scholarship and service. This way, the organization can accomplish more at one time and hopefully make their presence more known on campus.

“My focus is to raise funds, obviously, to help the kids through school and toward our commitment; however, my first priority is to let people know that we are here and we are making this impact on an international scale,” Diallo said.

Not only does the organization help children in Guinea, but they also help out the Towson community.

They hold monthly community service events in and around Towson as a, “way to say thank you to Towson community for having us and helping us with this organization and supporting us through our journey,” Diallo said.

Last semester, Hope of Guinea was the African Diaspora Club’s cause of the year. They also collaborated with Half the Sky to show a movie screening, as well as with the Black Student Union to hold a school supplies drive.

Diallo also had the opportunity to travel to Guinea through her internship at the United Nations. She says it was amazing to see all the money and supplies that were raised being put to good use.

“I got to see where our donations from Towson went, such as the school supplies that went to the kids. I got to go and take pictures and reported back to everyone at home,” Diallo said.

Hope of Guinea will be holding their annual fundraising gala in Silver Spring, Maryland on Oct. 24. There will be many student dancers as well as bands performing. The event is open to all Towson students to see what has been accomplished by the organization in the past year. 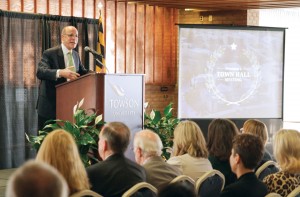 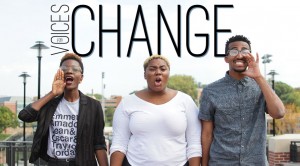