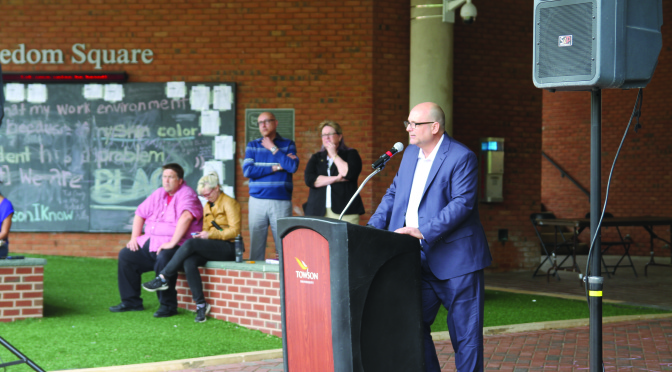 On an event page for the Housing & Residence Life Open House, the department says that, last year, “there were some incident where some residents did not feel welcome in our overall campus housing community.” The department wants to work on “truly creating an inclusive and welcoming environment.”

During the April unity rally after a hate/bias incident at the CLA Cafe last semester, Director of Residence Life Ron Butler said that he would resign his position following the fall 2016 semester if students still felt that HRL had not taken steps that students need to feel safe.

“I feel like I’m doing what I’d be doing regardless of the pressure,” Butler said. “I want TU to be a place where everyone feels included and welcome, and we’re working hard to get there.”
Last semester, Butler admitted that HRL had “failed” the students, but the department was “going to do better.”

While the Center for Student Diversity held special training for resident assistants to help them deal with hate/bias incidents, some felt that their training wasn’t comprehensive.

An RA who wanted to remain anonymous because they were worried they’d get in trouble with HRL said they felt like RA’s “didn’t get a lot of help learning how to navigate hate and bias issues.”

The same RA did say, though, that they thought Assistant Vice President of Student Affairs for HRL Bonnie Candia-Bailey was doing a good job and staying on top of hate/bias issues.

“It loks like [HRL has] been doing a lot of work, but we’ll iron out the kinks as things go on,” the RA said.

In the event of another incident, internal communications in the department have improved, so that response time can be swifter and more effective, according to Assistant Director of Residence Life for West Village Donald Walker.

“Last semester when this incident happened we weren’t able to communicate internally very well, so now we’ve been increasing a lot of internal communication with our staff, so that if something happens in one specific area we are quick to communicate what has happened and how we’ll respond, so that we can more effectively support students,” Walker said.

Along with improved internal communication, the Inclusive Communities Committee, has been formed specifically for inclusion and the understanding of diversity.

Tower D Residence Life Coordinator Antoinette Newsome explained that the committee is not important only for students but for the professional environment at Towson as well.

“We’ve established a committee that really focuses on taking a look at things like what had happened last year, and seeing what we can do to make not only students feel safe and educated, but also our staff,” Newsome said. “It’s important for not only our students to understand diversity and inclusion, but those we work with as well.”

HRL hosted an open house in the department’s new offices in Marshall Hall Sept. 13. The open house served as an opportunity for students to connect with the department early in the semester.

For Residence Life Coordinator and TU alumna Brandy Hall, the importance of increasing acceptance in the HRL community is personal.

“Especially with me being a person of color, I felt for the students, and I feel for them again on another level because I was a student here at Towson,” Hall said. “So, knowing what it feels like, I’m trying to make a change for this year to be more intentional in making people feel included and welcome. It’s always been one of our core values at HRL, but we should be living and breathing it.” 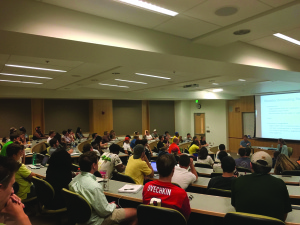