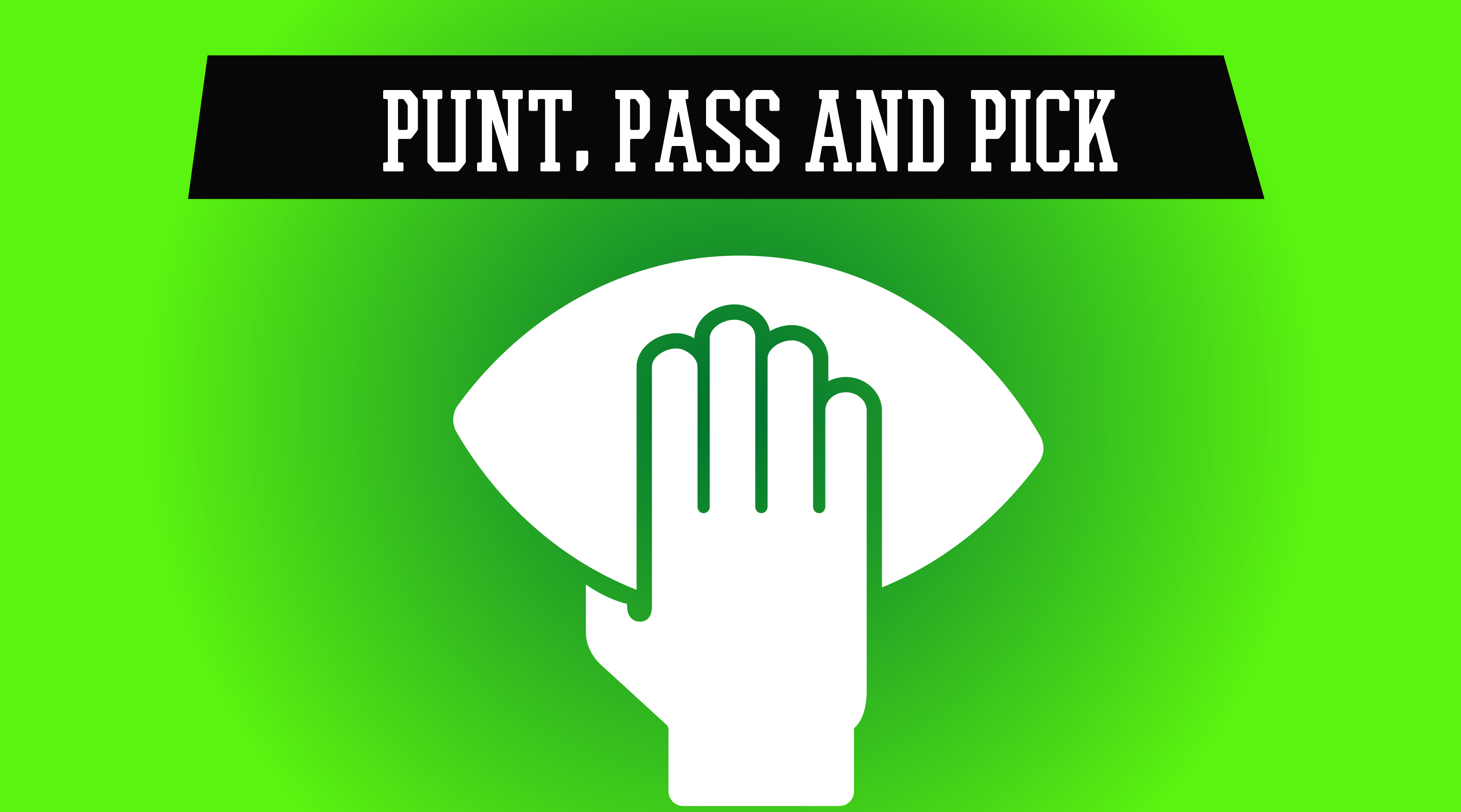 HAMILTON: O.M.G. hey Towson! It’s so good to see you! We should totally catch up. (Insert more clichés here)

Jordan asked me to do PP&P, which provided me with a trip through memory lane. I won my first PP&P in 2011 over sports editor Andrew Constant and proceeded to run the PP&P game for the better part of three years.

I’m back and ready to dominate Mr. Cope. And luckily, I don’t have to endure the torture of arbitrarily picking the Ravens and watching them fail. Yay for bye weeks!

COPE: After running through Tom Judd in the first week since bringing back PP&P, it took me a little bit of time to find an opponent who wasn’t scared of me! I will take it easy on my opponent this week so we can keep the column going!

Matt Hamilton is arguably one of my best friends. We met through The Towerlight, grew up in the same hometown and go to dinner on the regular, so it will be hard to talk smack to him, but I am going to do my very best.

Matt, you taught me how to be a darn good sports editor, but I’m going to take you down to ChinaTown! You could say I am going to go HAM this week!

HAMILTON: Boy, this looked like a yummy matchup a few weeks ago. Now it’s just bleh. Who would have thought that the Super Bowl losers would start the season this poorly?

Both the Cardinals and Panthers have dealt with quarterback injuries, but they’re both somewhat healthy now. That means it should come down to the defense, and the Cardinals definitely have the advantage. Cardinals 27, Panthers 21

COPE: This a tough one to pick. Both teams have underachieved this year. The Panthers are at home and the Cardinals are traveling from the West Coast. Blah, I don’t know… This is tough, man. I’ll take the Panthers, with the same 27-21 score tat Matt picked.

HAMILTON: What’s this? Two actually decent teams making the trip to London is something I never thought I’d see. I use “decent” loosely, because neither of these teams really do much for me.

Here’s what I know: The Bengals are starting to play better, the Redskins are not good (I watched them play my Ravens) and London is really cool. Seriously, you should visit some time. In the meantime, watch the Bengals keep the momentum going. Bengals 31, Redskins 17

COPE: Another tough one to pick. The Bengals haven’t looked great this year and neither have the Redskins. As much as I want to pick the Redskins, they are still the Redskins. I just can’t see the Bengals falling to 3-5 on the year. Bengals in a close one, 24-17.

HAMILTON: Oh boy, this could be a doozy. Can the Bills finally get over the “Patriots Own Us” hump and keep the AFC East an interesting race? With Tyrod playing lights out, they definitely have a chance.

Here’s what it will take: Shady McCoy and more Shady McCoy. Use him early and often and you might be able to control the game. The only problem is that he’s banged up. Also, he’s playing the Patriots, who own the Bills. Patriots 23, Bills 14

COPE: Finally, Matt picks a good game to bet on! Yes, the Bills are at home and have been playing well. While it would be refreshing to see the Bills down the Patriots, it just is not going to happen. Patriots in a blowout, 34-10

HAMILTON: I really don’t like the NFC East. I’m not sure why, but so much attention is paid to this division that hasn’t done anything in the postseason since the Giants won the Super Bowl. When is Tony Romo coming back? Is Carson Wentz the next great quarterback? I just don’t care.

The Cowboys, from what I know, have started 10 times better than anyone thought. Prescott looks legit and Ezekiel Elliott is running all over people. Then again, the Eagles just shut down the Vikings. This will be a fun game. Advantage home team. Cowboys 27, Eagles 24.

COPE: The Eagles are rolling. They just handed the Vikings their first loss of the season! No way they are going to lose to a rookie quarterback. Give me Philadelphia, 28-10.

HAMILTON: Disclaimer: The only reason I wanted to pick this game is so that I could reminisce to the season Brett Favre was a Falcon. And fittingly, we have a good quarterback matchup with Aaron Rodgers and Matt Ryan.

The Packers look awful so far this season, even with last week’s win over the Bears. I have no clue who’s going to run (Ty Montgomery?). The Falcons blew it against the Chargers on Sunday, but they have many more weapons. I have Julio Jones in fantasy so GO, JULIO, GO! Falcons 34, Packers 27

COPE: Matt is right. The Packers look terrible this season, but are the Falcons for real? That doesn’t matter to me. What does matter is Aaron Rodgers hasn’t been lighting it up, and for that reason I will take the Falcons, 35-28.