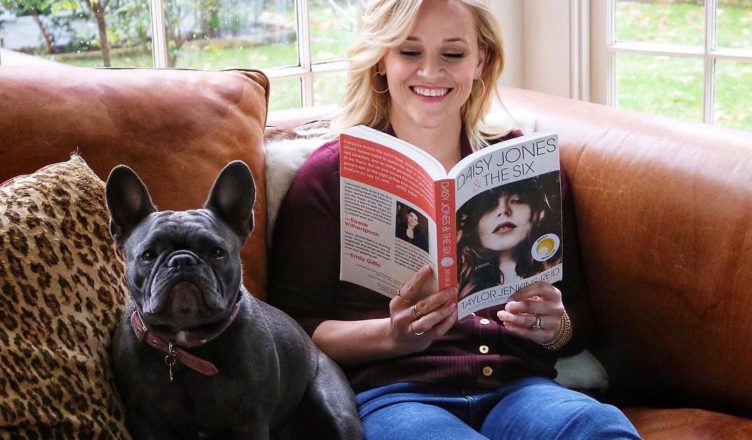 Author Taylor Jenkins Reid blew up in the book industry in 2017 with her release of “The Seven Husbands of Evelyn Hugo,” and has maintained popularity with “Daisy Jones & The Six.”

This story brings the Rock ‘n’ Roll life of sex, drugs and music to life. This book was released at the perfect time, as the general public is finally coming off of their Bohemian Rhapsody craze, and now, can experience a similar kind of story in a new media. Narratives following hardcore rocker and ‘take-no-bs’ singer/songwriter, Daisy Jones and “The Six’s” band member Billy Dunne, intertwine, when these artists are signed under the same label and record a collaboration. Daisy then becomes tour opener for The Six, and their voices mesh. This sextet turned septet shakes the world and quickly rises to the top of the charts.  They fly high for a tour or two before the typical troubles of Rock ‘n’ Roll take a toll on each musician in a different way.

The interview/biopic writing style of this book is refreshing and fun. The characters that Reid created feel so real and genuine that Google’s predicted searches when typing ‘is daisy jones’ read: ‘is daisy jones and the six a real band’ and ‘is daisy jones a real person.’ The atmosphere generated from this book makes attachment to the characters instant and strong; which in turn makes every high and low in the book so intense for the reader from the first chapter. This tear jerking, emotionally wrecking book was never boring, and there are numerous Goodreads reviews that start with ‘I finished this book in one sitting’ or ‘I read this whole book in a day.’ These statements go to show just how gripping this story really is.

Another exciting aspect of this book is the little sticker on the cover that reads “Reese’s Bookclub.” Actress and producer Reese Witherspoon chose this book for her book club pick. With Witherspoon’s history in turning books into films, this could possibly be a sign we’re getting a TV mini-series based on this book sometime in the future. And after reading this, I can totally see the story coming to life, it already does well enough in print, I can only imagine it will get better cinematically.

This book is well deserving of all of its praise. The only reason it lost a star from me was that some of the issues experienced by minor characters got thrown to the wayside in the middle of the book. I understand that Daisy and Billy are the main characters, but the balance of narrative perspective was thrown off throughout most of the book. I would’ve liked to see Reid develop these side characters further. I still highly recommend the book regardless.